Over Peover is John Ryan’s extensive ‘O’ gauge model railway. Over the years ANTHONY REEVES has had the pleasure of creating scenery as well as adding detailing to the layout and explains how a new single road engine shed scene was introduced to this already extensive railway. 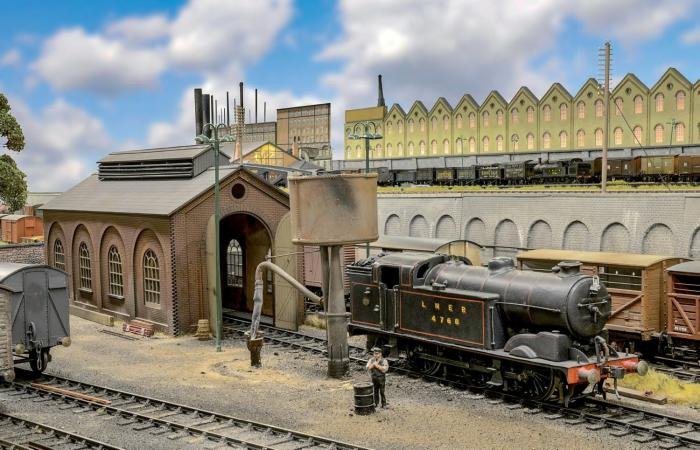 IN THE DAYS of steam power, engine sheds and the environment around them played an important role in the running of the railway. Locomotives could be cleaned, watered and fuelled at the engine shed and they were also routinely serviced there, keeping the railways up and running to a strict timetable.

Each shed had its own shed code, with specific engines and rolling stock allocated to them for maintenance. Whilst some engine sheds could house numerous engines at one time, the one portrayed here is a small shed spanning only a single track, designed to house just a single locomotive.