Sutton's Locomotive Works (SLW) has revealed that it has been working on an all-new 'OO' gauge BR Class 25 Bo-Bo diesel. The newly-tooled models will reflect the later sub-classes - namely the restyled Class 25/2s and Class 25/3s.

Development work on the new 'OO' Class 25 has been ongoing for some time. As SLW's Philip Sutton reveals, completed models are not far away: "This is no pipe dream or ambition. This is reality. The complicated tooling is complete. The decoration has been passed. The running samples have been examined, refined and approved." 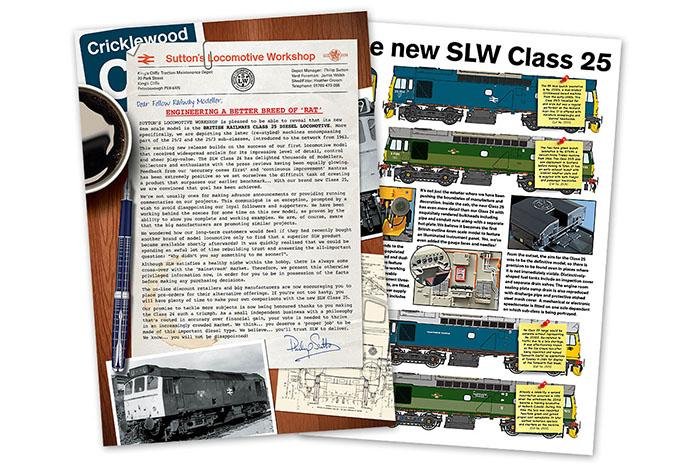