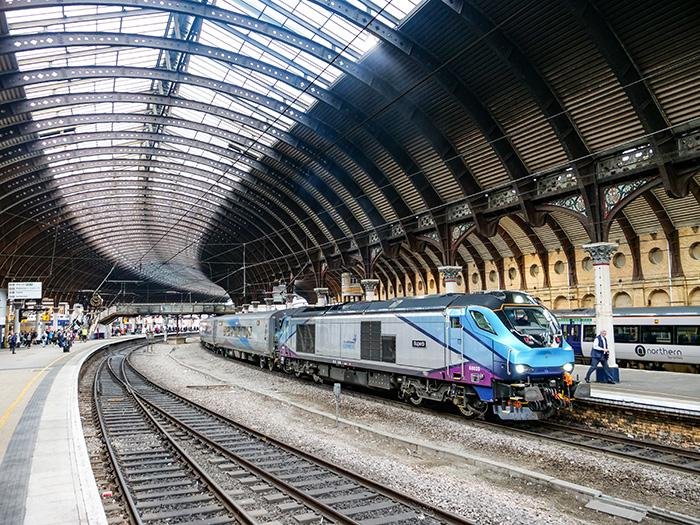 The new face of Trans Pennine express services are the Vossloh Class 68s hauling Mk 5 ‘Nova’ push-pull sets. These locomotive hauled trains are working between Liverpool and Scarborough/Middlesbrough and the first are now in service. On October 15 2019 Class 68 68025 Superb pauses at York with a Liverpool- Scarborough working. Mike Wild. 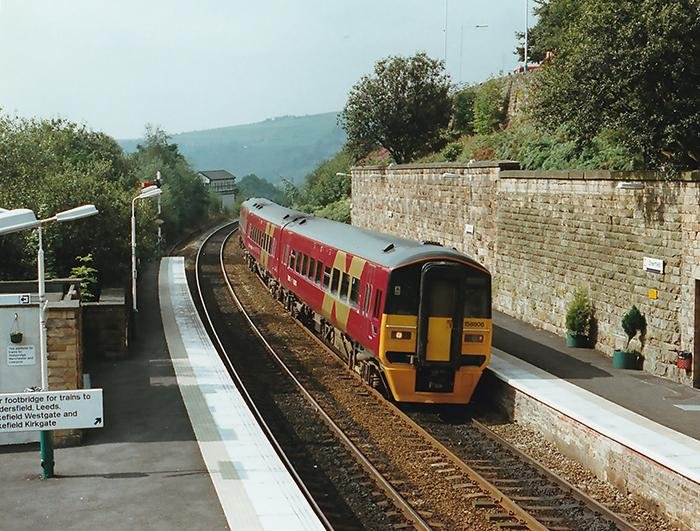 The Class 158 two and three-car DMUs held sway on Trans-Pennine services from their introduction in the early 1990s until 2004 when the Class 185s arrived. On September 4 1998 158806 passes through Greenfield carrying Northern Spirit colours. Mike Wild.

THERE ARE FEW LINES in the country that have seen such a widespread variation in rolling stock as the Trans-Pennine route from Leeds, through Huddersfield and over the hills to Manchester. Over the last 75 years the route has seen double-headed steam, diesel locomotives and express multiple units. Now it is going around full circle once again as new locomotive-hauled trains are being brought into service – a change which few could have expected in the late 1980s when the route went over entirely to multiple unit operation.