Hannants’ own brand has jumped ahead of the curve with two new decals sets for Airfix’s forthcoming Spitfire Mk.IX ‘Superkit’. 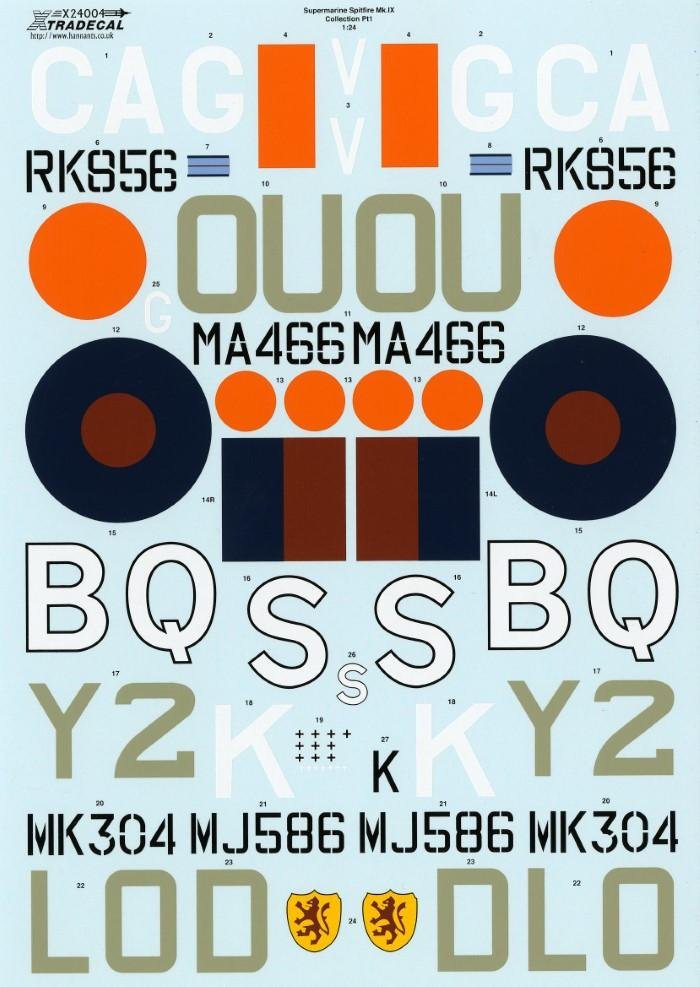 It was inevitable that aftermarket companies would issue new markings with Airfix’s hotly anticipated 1/24 Spitfire Mk.IXc in mind. While some sets have already been issued by Kits World, Xtradecal has come to the fore with two packages, each offering five different schemes… and boy are they varied! 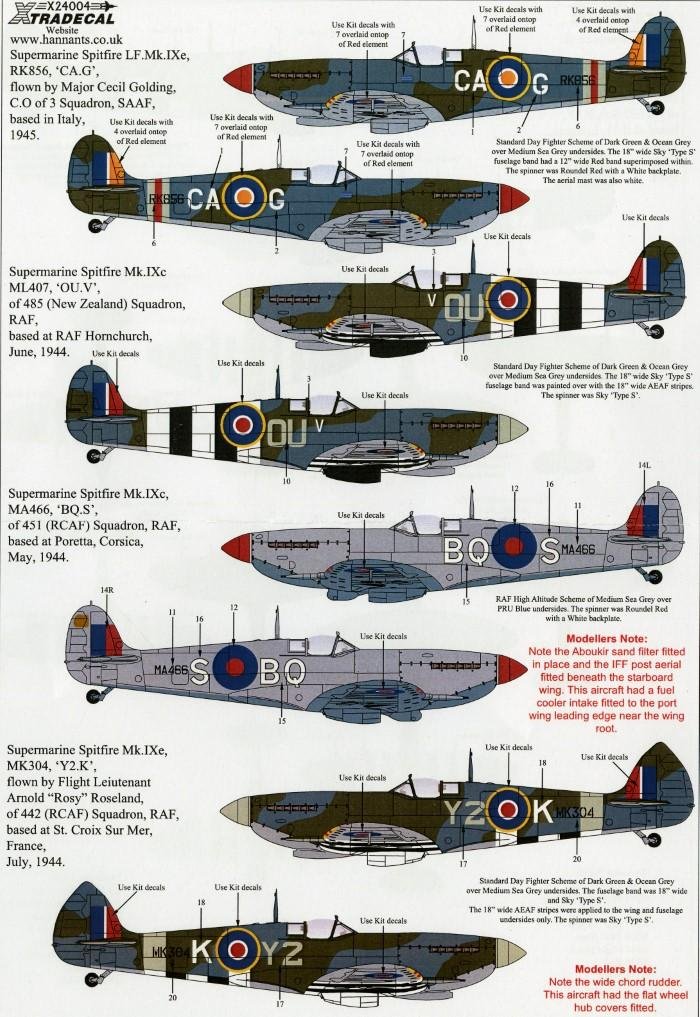 Sheet X24004 caters for Mk.IXc and ‘e’ airframes (so some conversion work will be necessary) in standard Day Fighter Ocean Grey, Dark Sea Grey and Medium Sea Grey (invasion stripes being present), but also a smart high-altitude Mk.IXc in Medium Sea Grey over PRU Blue… although this has an Aboukir sand filter so you’d have to reproduce that item in scale form too. The schemes in detail are: 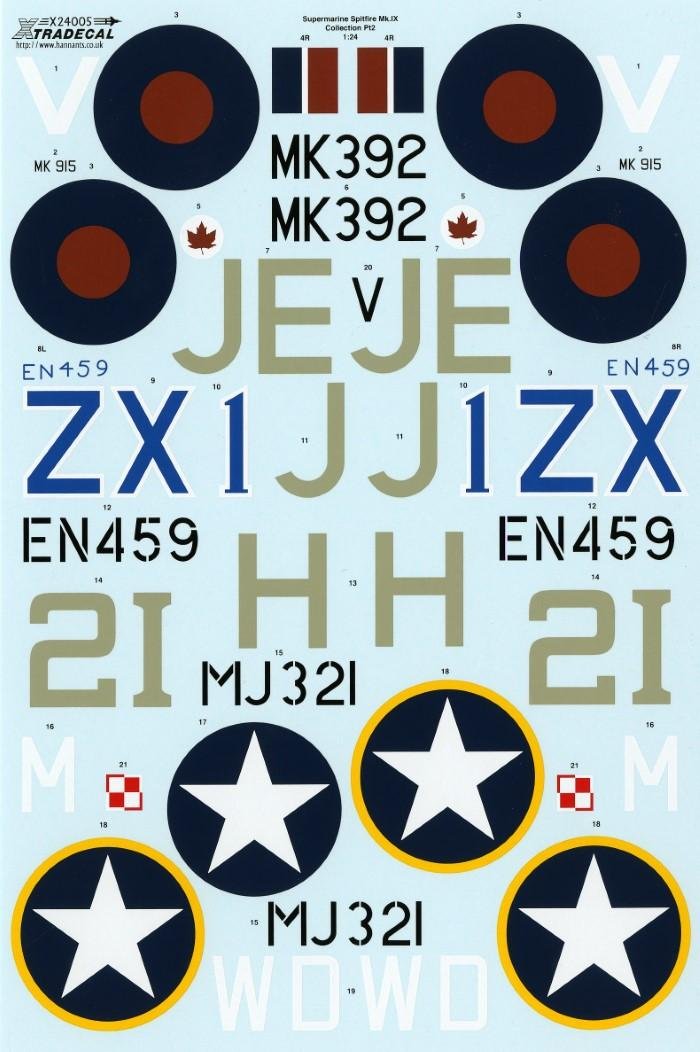 Even more variety is provided by sheet X24005, as this has markings for the Mk.IXb/c/e, and an FR.IXc. Day Fighter and desert hues, along with Photo-Reconnaissance Pink are the order of the day here:

Each sheet costs £8.99 and they are available direct from Hannants: www.hannants.co.uk 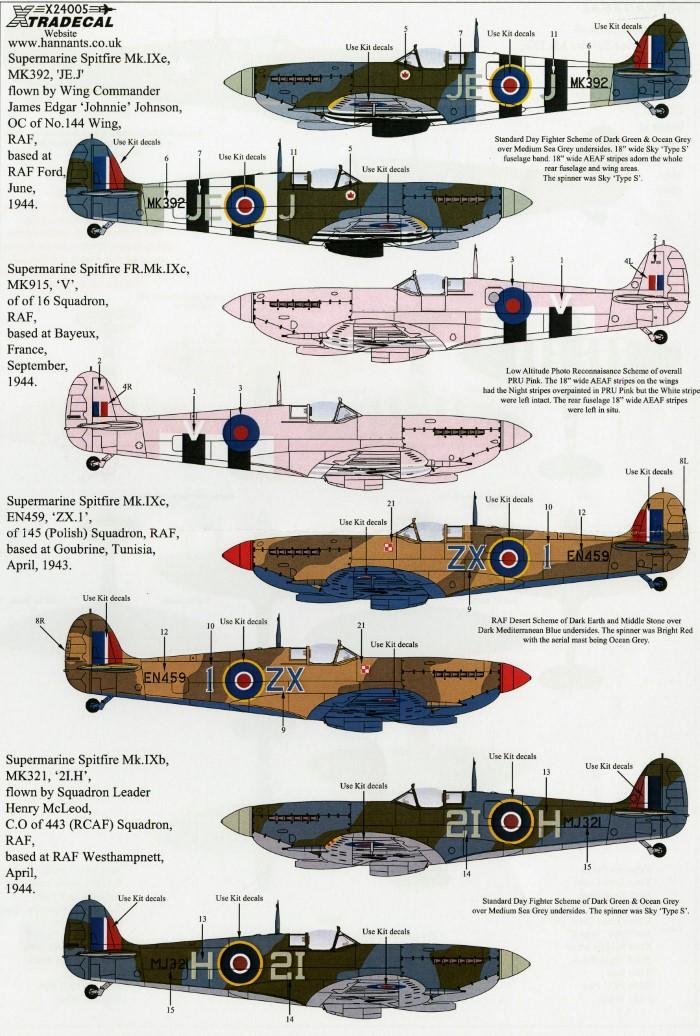