The Japanese manufacturer has now reworked its 1/48 Phantom II tooling, to provide a radar-busting F-4G. 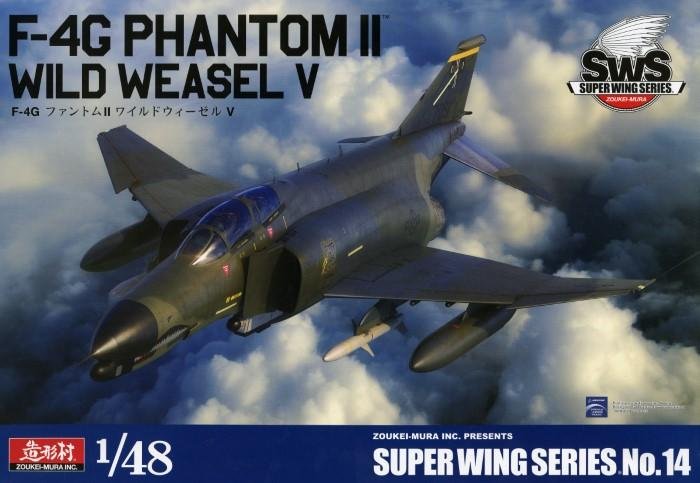 If you’ve followed the releases of Zoukei-Mura (Z-M) over recent years, you’ll have seen that it has released most of the major US F-4 Phantom II sub-types in 1/48 scale… and the kits have gained many plaudits. A full build of the firm’s early F-4E can be seen here.

Now, though – and not unexpectedly – Z-M has reworked its F-4E Phantom parts to offer an F-4G Wild Weasel V. Fast jet fans will already be aware, but for the uninitiated, the mammalian moniker denotes the Suppression of Enemy Air Defences (SEAD) role, known since its introduction during the Vietnam War as Wild Weasel. Previous USAF types to have led the anti-radar charge are the F-100, F-105F, F-105G and EF-4C – all employed in Vietnam. 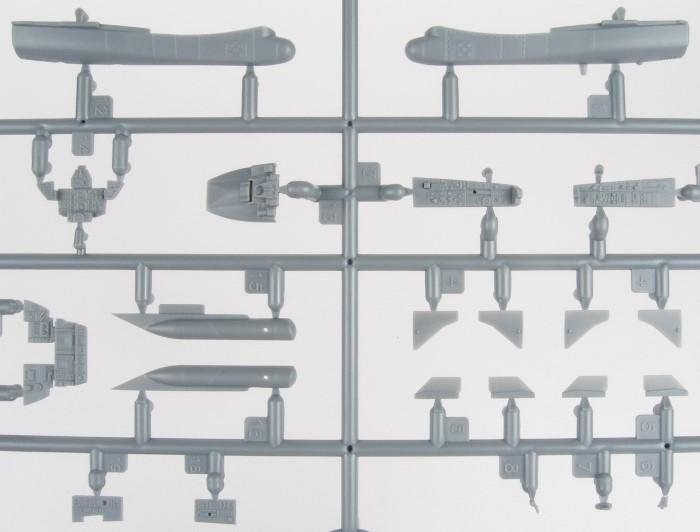 Zoukei-Mura’s Phantoms are, frankly, stunners – with high levels of detail and accuracy, and complete J79 engines (you can display one on a trolley outside of the airframe if desired). Here, though, the ‘Echo’ model has been transformed into the ‘Golf’ as it was with the real variants. The 20mm Vulcan cannon is replaced by the AN/APR-38 radar homing and warning system (with a corresponding new fairing on the vertical tail). Other G-specific additions are the three antennas on the spine (SST-181X Combat Skyspot, APR-38A omni and nav/comm) and, of course, there’s the Wild Weasel weaponry. 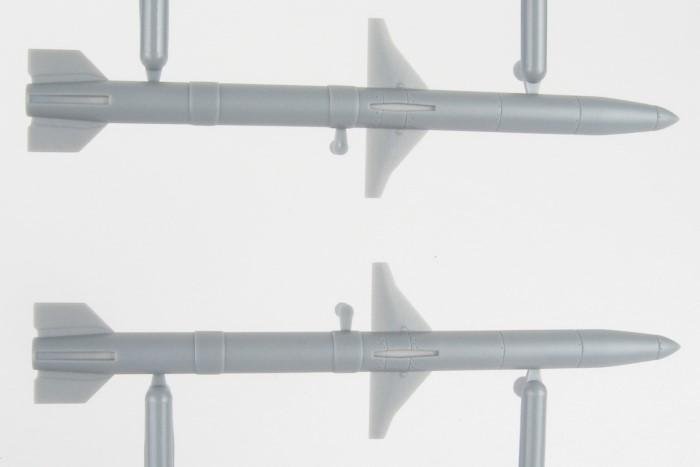 Above: The Wild Weasel element, in part, is represented by AGM-88 HARM missiles.

Sadly, just AGM-88 High-Speed Anti-Radiation Missiles (HARMs) and their adapters are supplied, but the G’s SEAD role also encompassed AGM-45 Shrike/AGM-65 Maverick missiles and these are not present… although most jet modellers may have them in their spares box. However, ALQ-119 and -131 electronic countermeasures pods are provided, as well as more common AIM-9 Sidewinder and AIM-7 Sparrow missiles.

Note also that, accurately, an F-15-style centreline fuel tank is supplied to tally with the colour scheme and time period. The decals are for a Spangdahlem, Germany-based F-4G-44-MC of the 52nd Tactical Fighter Wing, during 1987. It wears European 1 (FS 34102, 34079 and 36081) camouflage, and stylised panther artwork on the port air intake denoting the 81st Tactical Fighter Squadron . 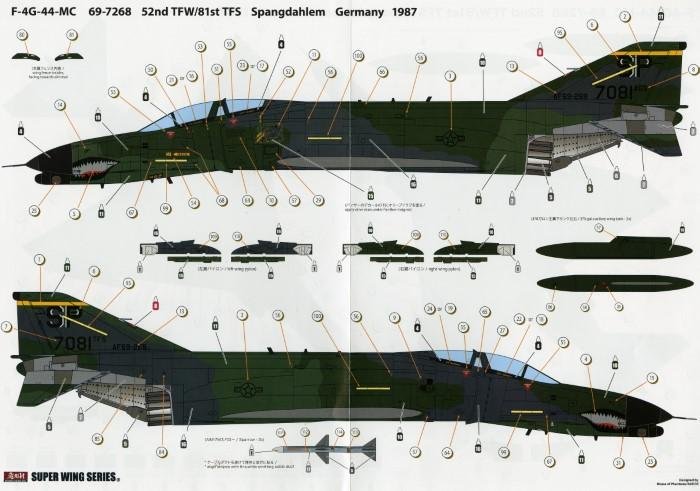 The kit can be ordered direct from Z-M at 7,900 JPY, but it will also be available in the UK via importer Tiger Hobbies and its supplied retailers, for £79.99. 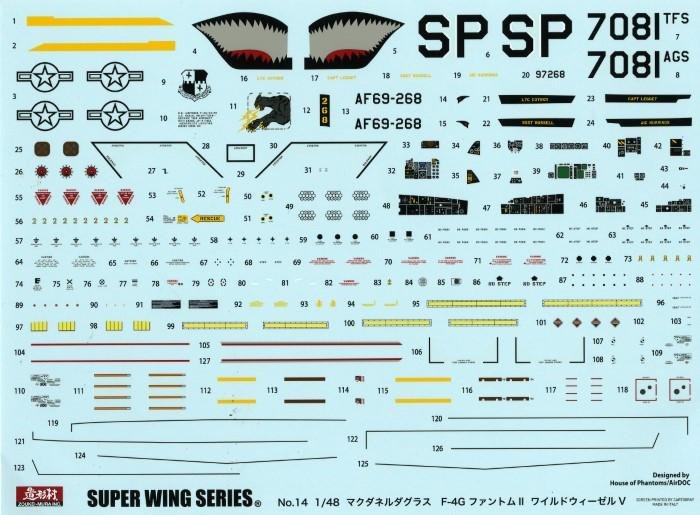