A varied selection of bright and beautiful models comprises this month’s quartet of reader’s projects. 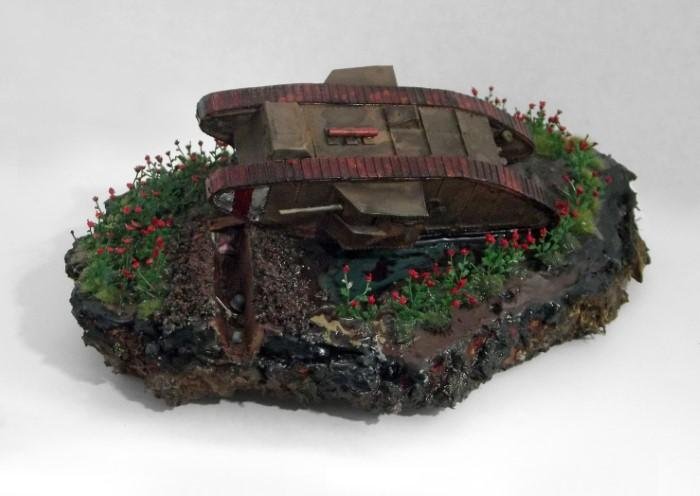 Airfix Male Tank
World War One tank F41 Fray Bentos was the subject of Andrew Tempest’s vignette featuring Airfix’s vintage 1/76 Male. The real vehicle became stuck after being hit during the Third Battle of Ypres and its crew were all wounded or killed while stranded and attempting to fit the vehicle’s unditching apparatus. After more than 60 hours, the surviving crewmembers managed to return to British lines and were to become the conflict’s most decorated tank crew. 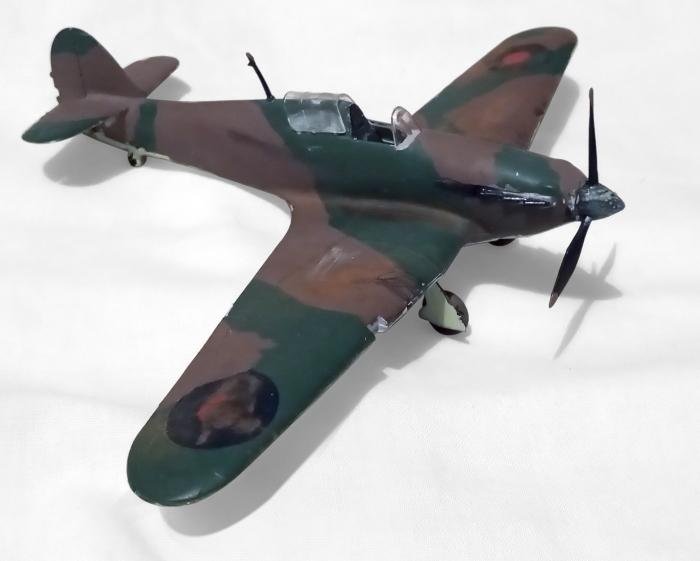 Airfix Hawker Hurricane
It’s always great to see modelling journeys begin – keen 11-year-old builder James Whitlow has got into the hobby with Airfix’s small-scale Hurricane, which was constructed out of the box. The choice of offering just goes to show the enduring appeal of the Battle of Britain fighter and the allure of those familiar red boxes! 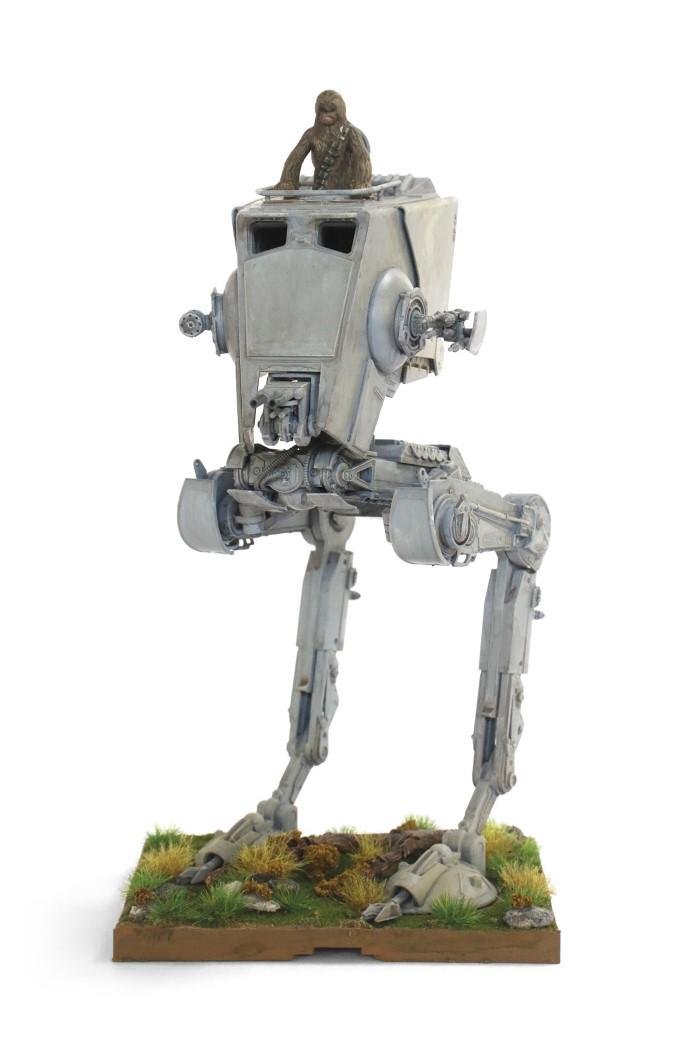 Bandai AT-ST
Kinver, South Staffordshire-based modeller Chris Wright usually tackles 1/72 aircraft, but indulged a desire for something different and a love of Star Wars with Bandai’s Return of the Jedi AT-ST scout walker. Superb fit and crisp detailing was enhanced with Vallejo paint, washes and dry-brushing, plus Tamiya weathering powders, while scenery was also added. 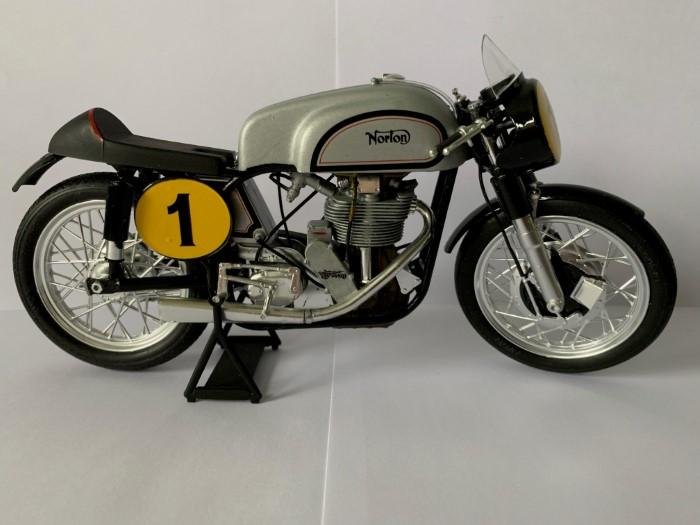 Italeri Manx Norton
Motorcycle enthusiast Duncan Bower employed Italeri’s 1/9 scale offering to construct a replica of one of his favourite types: the Manx Norton ridden by Geoff Duke in 1951, when he claimed his first World Championship. Employing an ex-Protar tooling, the kit supplied all necessary parts and decals. 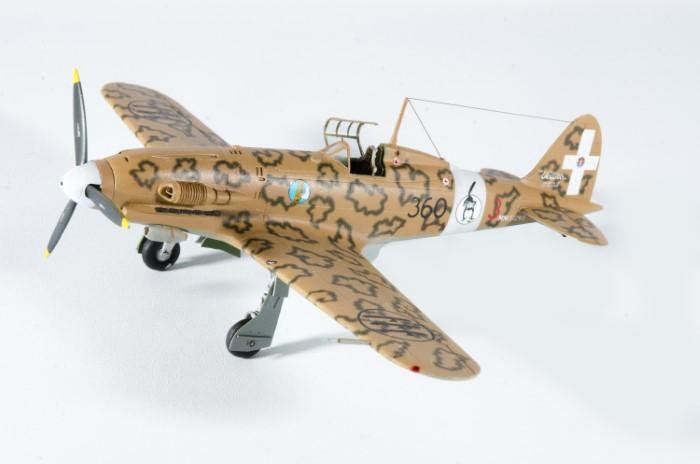 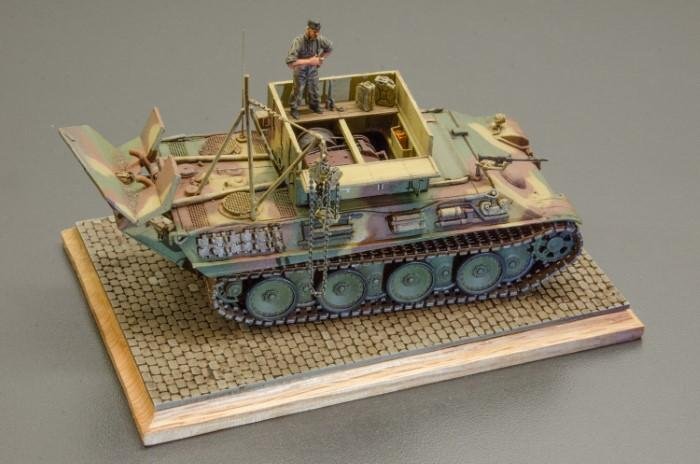 Bergepanther Ausf.G Conversion
Combining Revell’s 1/72 Panther tank kit with CMK resin enabled Mike Fleckenstein to capture the appearance of the recovery version of the vehicle – officially known as the Sd.Kfz. 179 Bergepanzerwagen V, but more commonly known by just Bergepanther. This type was developed to avoid risking a Tiger or Panther to tow a knocked-out example of either tank. 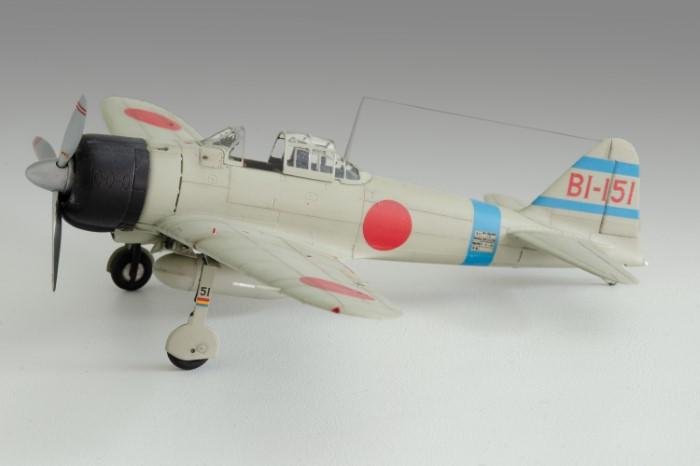 If you’ve recently completed a model and would like to showcase the build, let AMW know! Send a high-quality photo (1MB or larger) of the model against a white background and information about the project to: stuart.fone@keypublishing.com.

Up to four per month will be included in the magazine, with more featured online: www.keymodelworld.com.