The exquisite 1/72 Grumman F4F-4 Wildcat by Poland’s Arma Hobby has been re-boxed with new decals for two colour schemes. 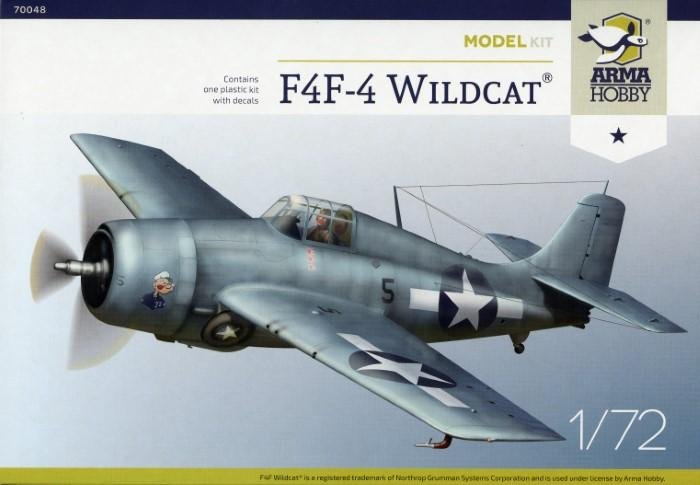 Many applauded Arma Hobby’s FM-2 Wildcat on its initial release in 2020, and the kit has been reworked into the FM-1, F4F-4 and Wildcat Mk.IV sub-types since. Now, the ‘Dash 4’ has been repackaged with a new decal sheet, offering liveries for a US Navy airframe, and another flown by the US Marine Corps, via kit 70048. Both machines wear Non Specular Blue Gray and Light Gull Gray camouflage, and they are:

If you haven’t built a 1/72 Wildcat before, Arma’s kits are superb, brimming with fine detail – several boxings also having photo-etched brass details. They are arguably the best in the scale, ahead of Airfix’s releases, which are not quite as well detailed, but more wallet-friendly products. This new Arma boxing costs 16.95€, while Airfix’s F4F-4 has just been re-released and is £11.99.

You can order Arma’s F4F-4, and its other boxings, direct at www.armahobby.com 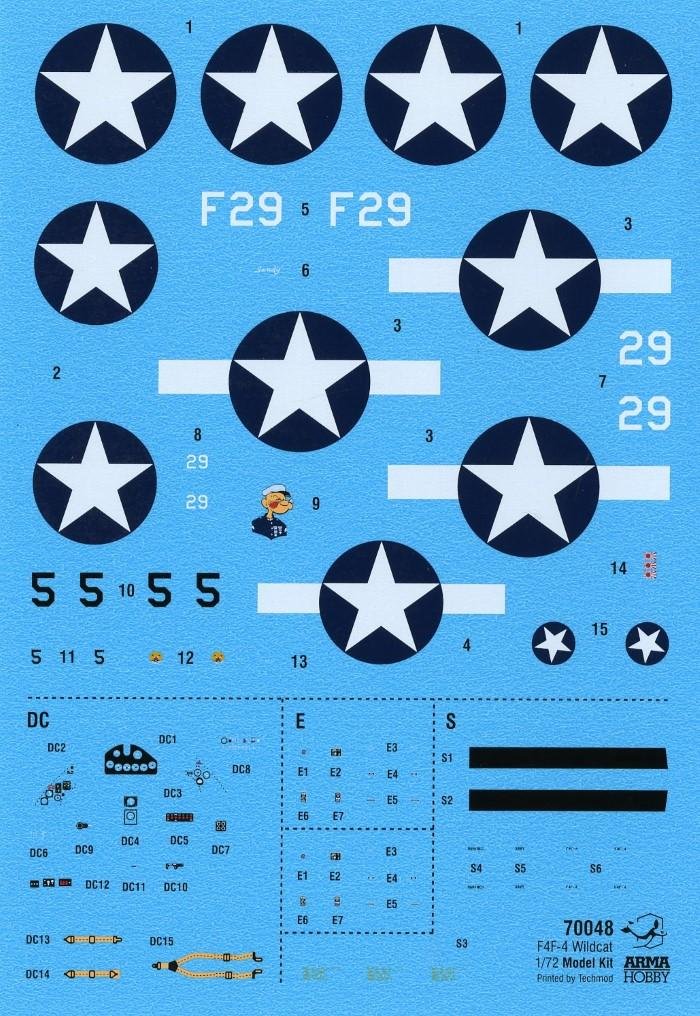