At last… we have a modern 1/32 tooling of the Bell Cobra helicopter, with ICM’s new AH-1G. CHRIS CLIFFORD finds out more. 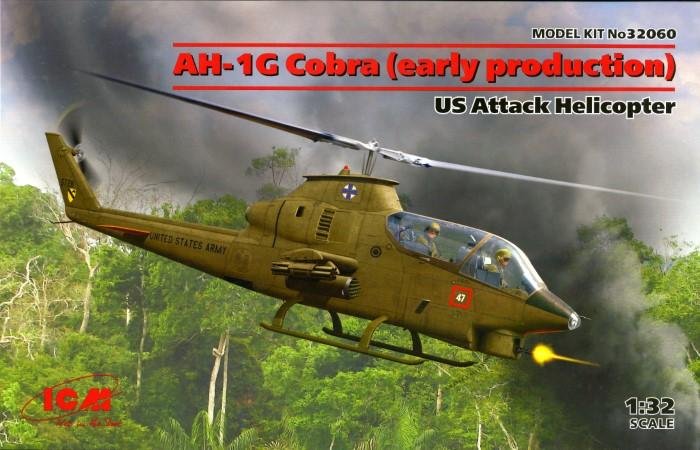 It’s astounding that the late-1960s Revell-Monogram AH-1 Cobra has been the only option in 1/32 scale until now. Thankfully, Ukraine’s ICM spotted this long-time gap in the market, and has filled it with a generally impressive styrene option, packed with detail.

The firm has chosen the early production AH-1G of the Vietnam era as its launch product (kit 32060) and it comes on five grey runners and one clear. The latter, as you’d expect, carries the cockpit glazing and lights, and with such an expansive area it’s vital that this styrene be as clear as possible, and it is. The canopy also comes in five separate parts, and actuators are present so you can prop open the glazing. 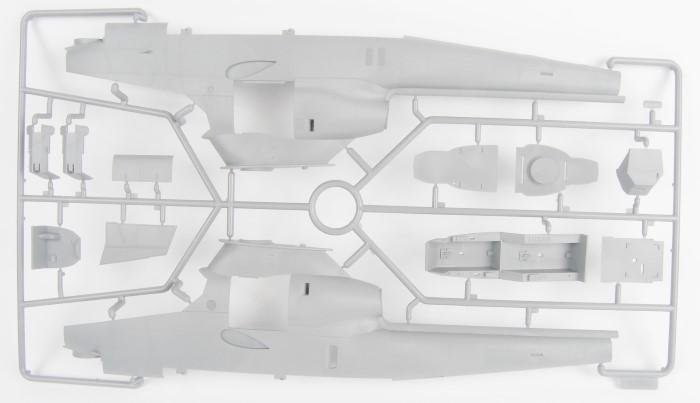 Above:  ICM’s usual matt-finish grey styrene is evident here, and in general the moulding of all parts is excellent. Not a jot of flash! 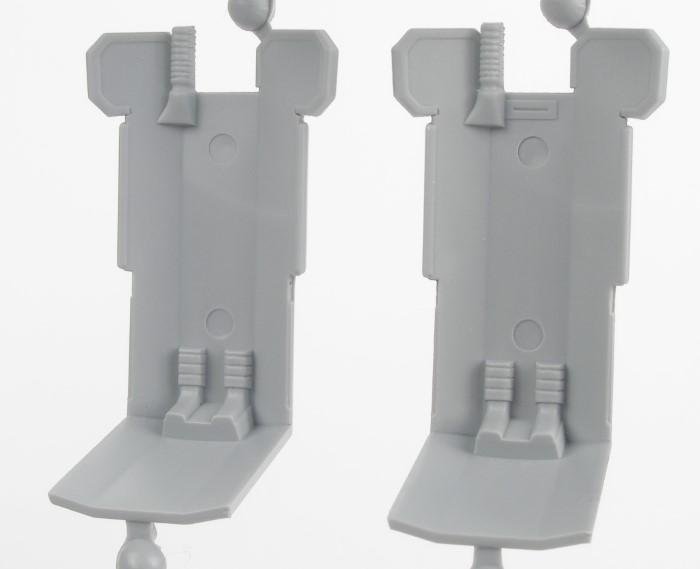 Above:  The armoured seats are well-shaped , and don't worry about the visible ejector pin marks... they are covered by parts replicating comfort padding.

There’s much to work with in the ‘office’, as ICM provides five-part seats, the pantograph gunsight and all necessary control columns/sticks/pedals, as well as deftly moulded instrument panels and side consoles. Panel engraving is very fine indeed, but most eye-catching are the raised rivets, which look bang-on for scale.

Above: Switch detail is present on the side consoles, and the floor also has moulded features.

A decent job has also been done regarding the rotor hub assembly and engine, as around 20 components are employed here… and there are optional panels to button-up this area or have it on display. Another feature is that you can fit a single- or double-gun turret under the chin, depending on the colour scheme. 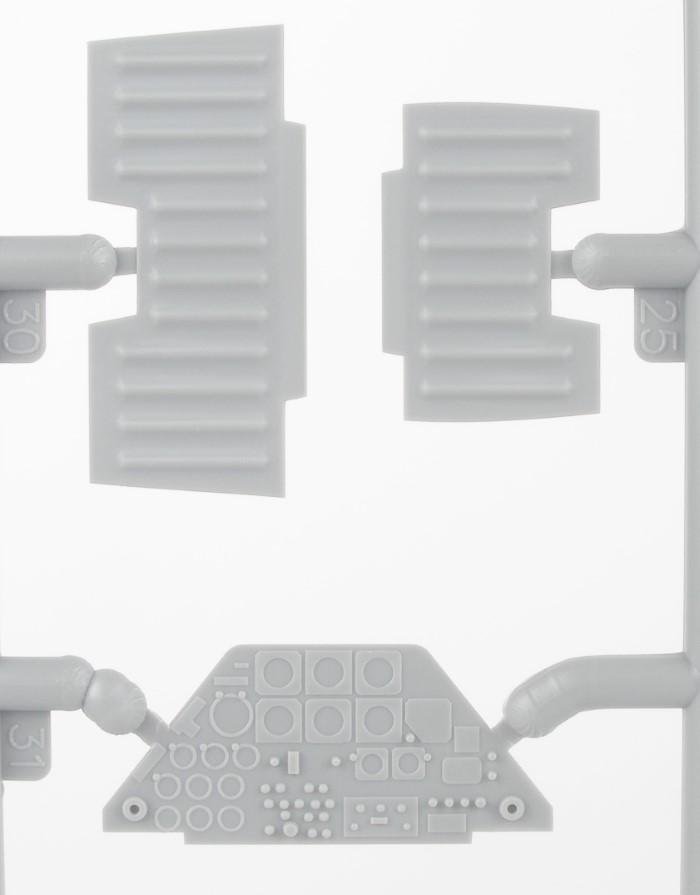 Above:  At bottom here is one of the crisply rendered instrument panels, with engine firewall panels above.

Unusually, the main rotor blades are in halves, with positive locating pins, and the trademark overlapping plates at the base of the main and tail rotor blades look superb. Note that there is an alternative set of skid/strut units not for use in this kit, pointing to another later release; these are of the tubular-strut variety rather than those employed for the versions in this boxing, which have aerofoil-profile struts. This is wholly unsurprising, as any kit manufacturer is going to exact the most from its moulds. Further clues to subsequent boxings are the presence of alternative tails with the rotor on the opposite side (as seen on modified Gs and later versions), different elevators and the presence of TOW missile tubes – also employed on successive sub-types.

Above:  The rotor hub is splendid and looks as strong as the real item!

Thoughtfully, ground-handling wheel units and the V-shaped manoeuvring bar are also in the box, and masking templates for the glazing can be cut from a page of the instructions, making life easier when airbrushing. And the stub wings feature separate – and convincing – pylon units with sway braces… which allows me to segue suitably into the weaponry. In short, there’s plenty of it, although none of it is named on the instructions… included are four 19-shot FFAR and two seven-shot LAU-68/A rocket pods, along with two seven-shot M158 rocket packs and as many M18 7.62mm gun pods. All are beautifully detailed, as are the chin turret 7.62mm gun barrel assemblies. 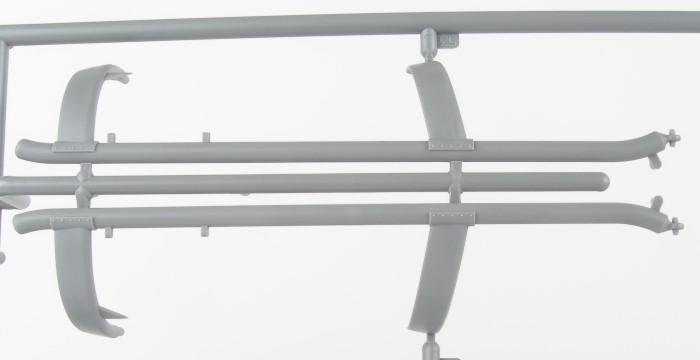 Above:  The skids look great and come with ground-handling wheels and a manoeuvring bar.

Above:  ICM chose to mould the main rotors in halves, and the trademark overlapping plates are splendid. 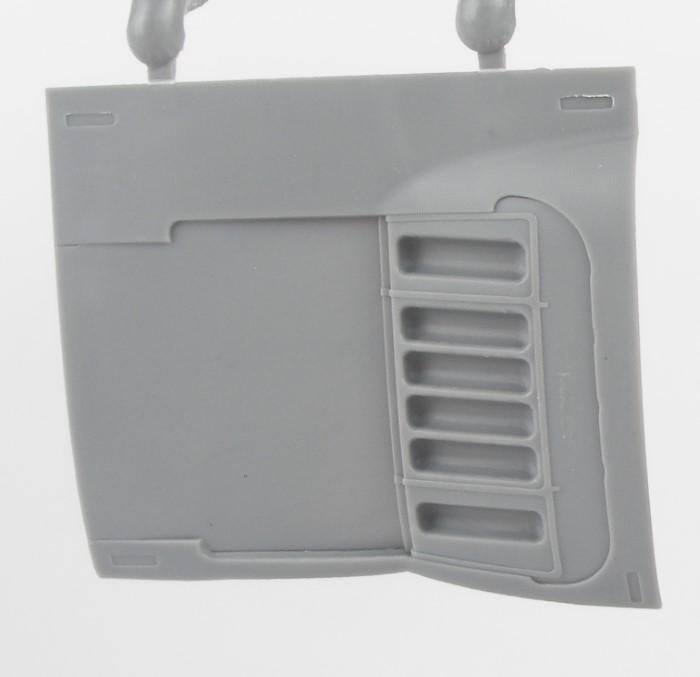 Above:  Engine panels are also superbly moulded, and hinged alternatives are also provided so you can pose them open to view the engine.

Four Olive Drab machines are accompanied by an example in two-tone camouflage, and the decals are excellent, being sharply printed and rich in tone. The schemes are: 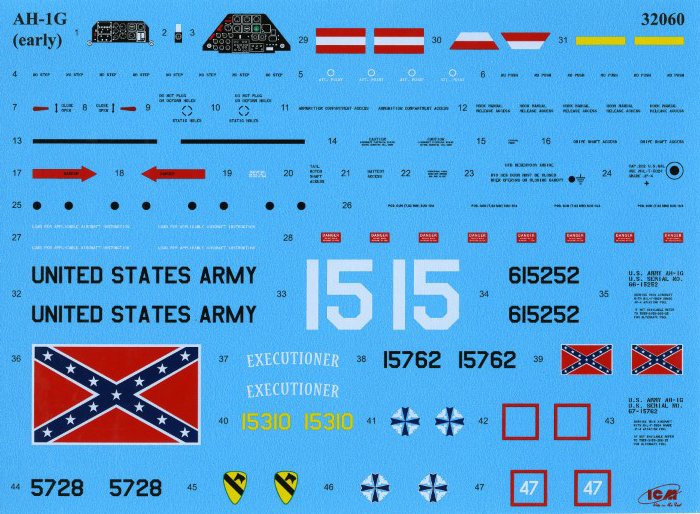 This kit is bound to be popular with helicopter fans, or modellers devoted to Cold War aviation in general, and there will surely be a stream of aftermarket products and decal sheets for those who want to take their builds to another level. ICM is also releasing a dedicated set of figures, in the shape of its 1/32 US Helicopter Pilots (Vietnam War), and a late production 1/32 AH-1G (32061) will follow.

Look out for a build of the early AH-1G in a forthcoming issue of Airfix Model World. In the meantime, for further information visit: www.icm.com.ua

See below for the actual colour schemes... 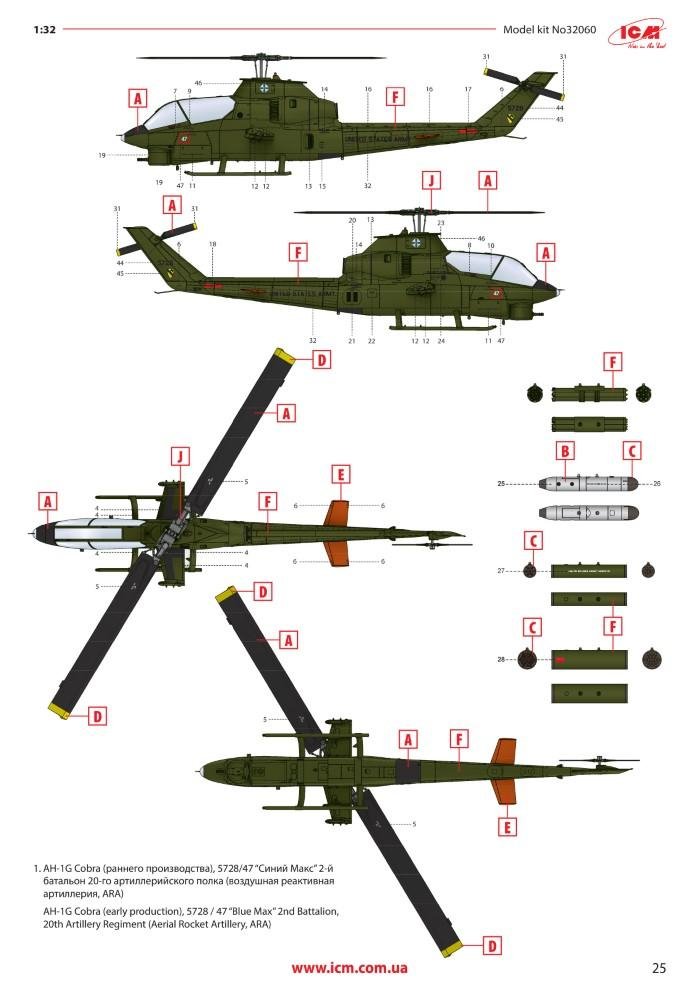 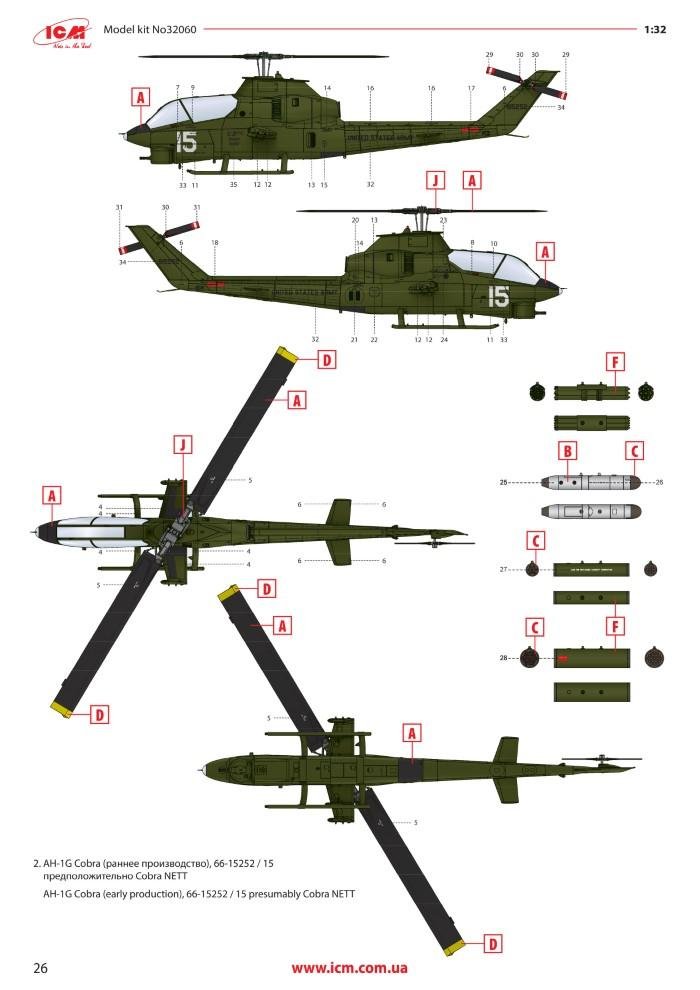 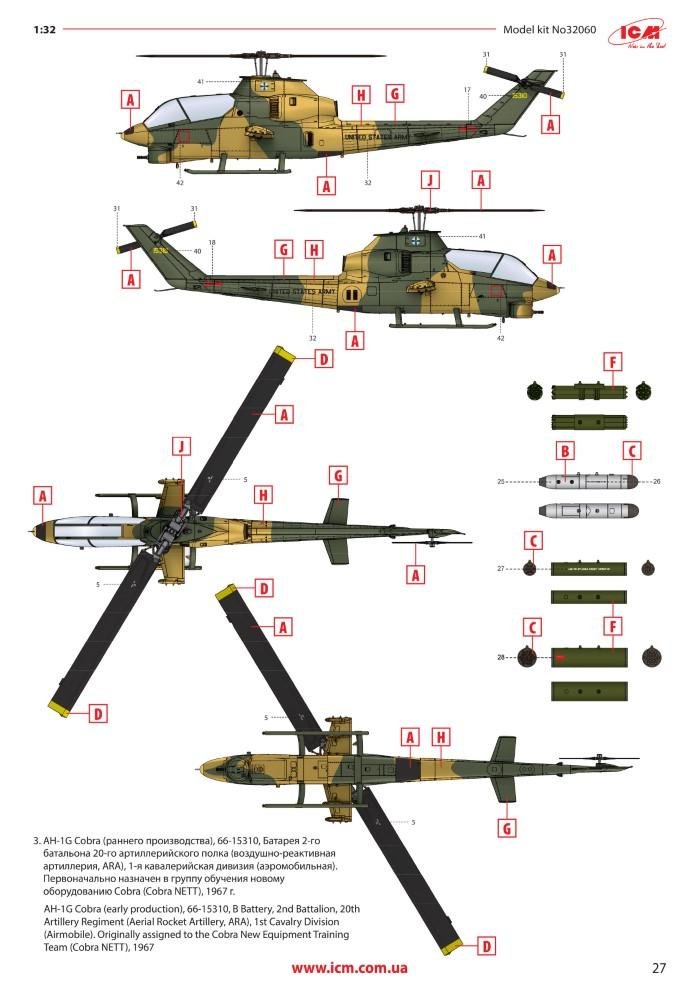 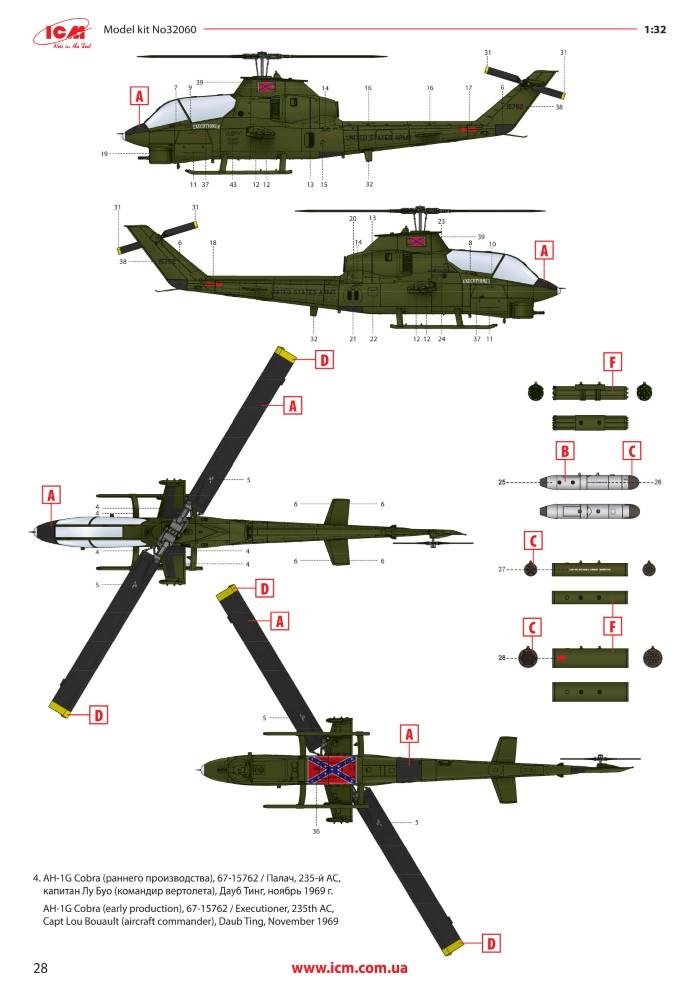