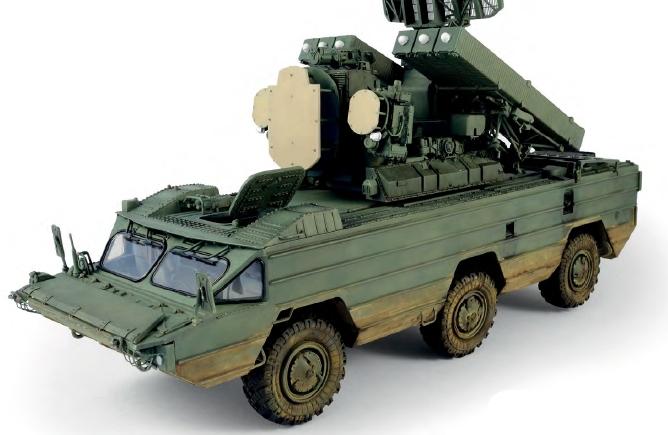 Designated 9K33 Osa (wasp) by the Soviets and Gecko by NATO, the SA-8 was a first-generation mobile air defence system, designed to support mechanised units.

The main vehicle is based on a BAZ-5937 6x6 chassis, and is classed as a transporter, erector, launcher and radar (TELAR), which permits stand-alone operations. Each TELAR carries six missiles, in two packs of three, located either side of the central surveillance, target acquisition and missile guidance radar unit, known as 1S51M3 or Land Roll. The SA-8 was operated by many countries, including most Warsaw Pact states, but also African and Middle Eastern operators.

Despite the model’s impressive size and inclusion of a detailed interior, the kit comprised just 340 components. While not a quick build, the parts count was arguably lower than modellers have come to expect from other more modern armour offerings.