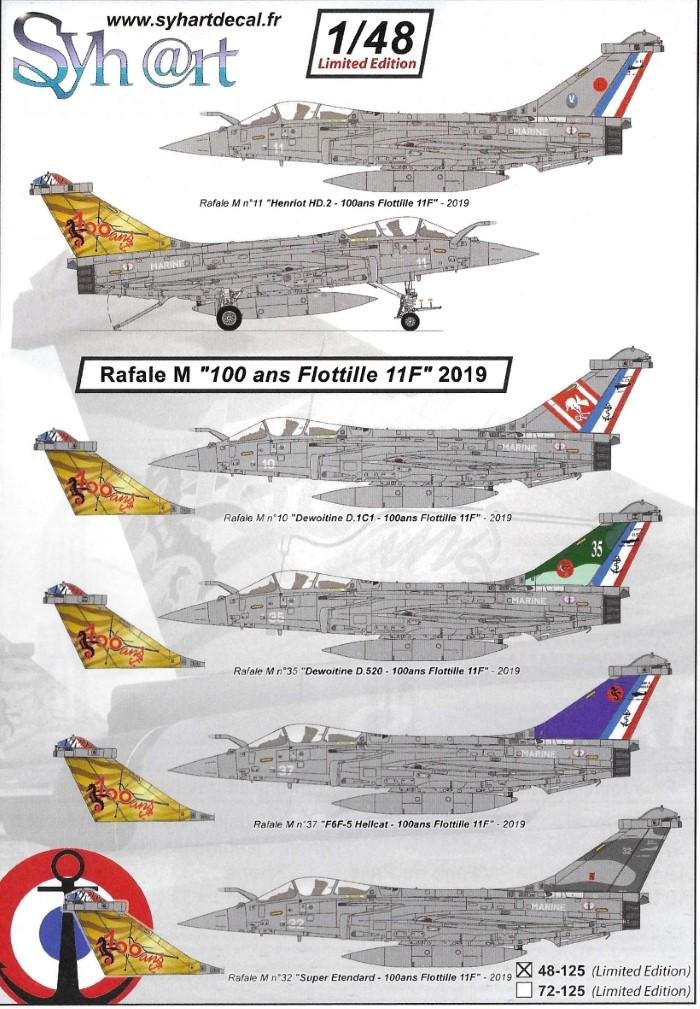 France has never been shy of applying anniversary/commemorative liveries to its aircraft, and the Dassault Rafale is no exception. Special artwork painted on Rafales from 2017-2020 has now been reproduced in scale form by Syhart, and here we focus on five 1/48 limited-edition sheets offering these schemes. All designs have been reproduced with the help and permission of the original artists. Four packages are aimed at the Aéronavale’s single-seat Rafale M, but the fifth is for the French Air Force Rafale B two-seater.