As CHRIS CLIFFORD discovers, the 1/48 Vengeance Mk.II from Dora Wings is absolutely packed with fine detail. 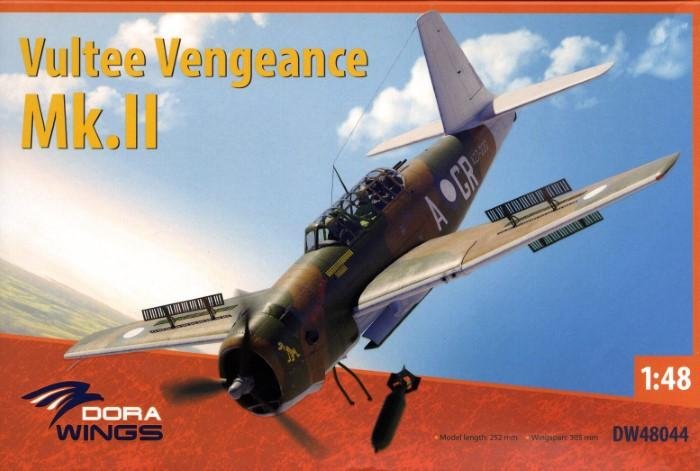 Much maligned and misunderstood, the Vultee Vengeance was hamstrung early in its career because it was designed for a role that was becoming obsolete – that of vertical dive-bombing. The type was in fact designed for the French Air Force but, due to Germany's invasion of the country, the contract was collected by Great Britain. However, with no clear use for a dive-bomber, the airframes languished somewhat until fighting grew in the Pacific Theatre, where Japanese targets in thick jungle required more ‘surgical’ attacks… enter the Vengeance with its obvious vertical dive-bombing prowess ready to be exploited. It was flown by RAF, Australian and Indian crews in this role.