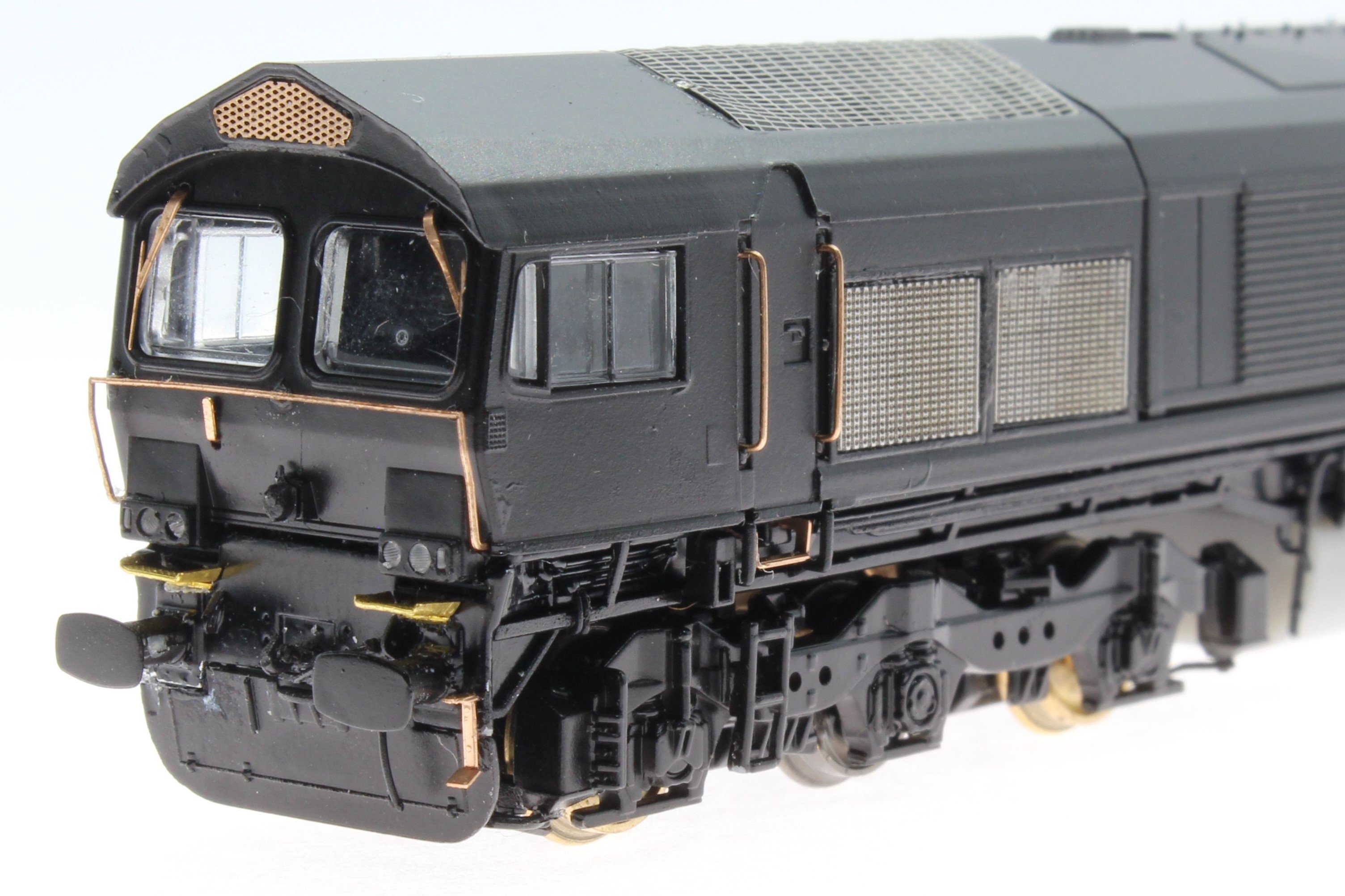 Revolution Trains’ extensive tooling suite is set to include two types of bogie and exhaust, original and revised lighting arrangements as well as single and double-handled doors to enable most detail combinations throughout the Class 59s’ existence to be modelled – including unique 59003. For such a relatively small class of locomotives, there are a surprising number of detail differences between them, which will be reflected in model form. (note: some of the detail combinations shown may not be correct, as the purpose of the sample is to demonstrate fitment of parts). Prices for standard releases are set at £124.95 DCC ready and £219.95 DCC sound-fitted, while the Rails of Sheffield exclusive editions are priced at £159.95 each, DCC ready. The National Power first and last twin-pack is priced £300, DCC ready.