Mike Wild and Richard Watson are joined by EIGHT 'Deltics' in the Hornby Magazine Workshop for a first look at Accurascale's debut British diesel locomotive: the Class 55 'Deltics' for 'OO'. Watch the special preview video here and read the latest on this exciting new locomotives. 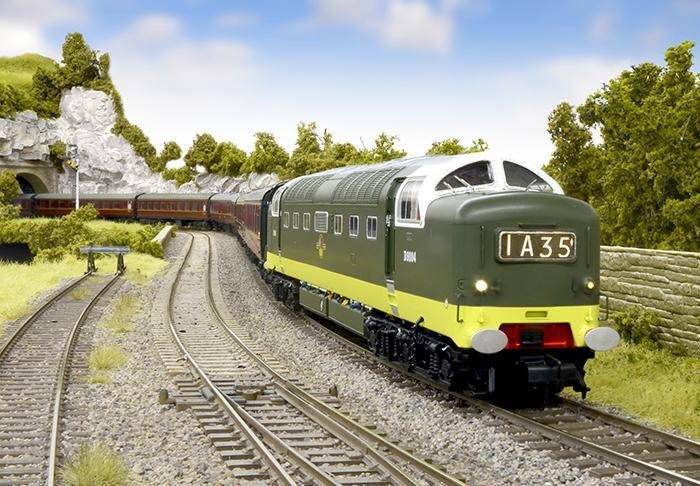 Above: Accurascale's new 'OO' gauge 'Deltics' will soon be arriving in the UK. Take a first look with the Hornby Magazine team here at the latest pre-production samples.

THE ENGLISH ELECTRIC 'Deltic' is an icon of the British railway scene. Introduced in 1961, 22 were built to provide the East Coast Main Line with new traction to accelerate its services. These were the most powerful diesel locomotives in the world at the time of their introduction, delivering 3,300hp from twin Napier Deltic engines.