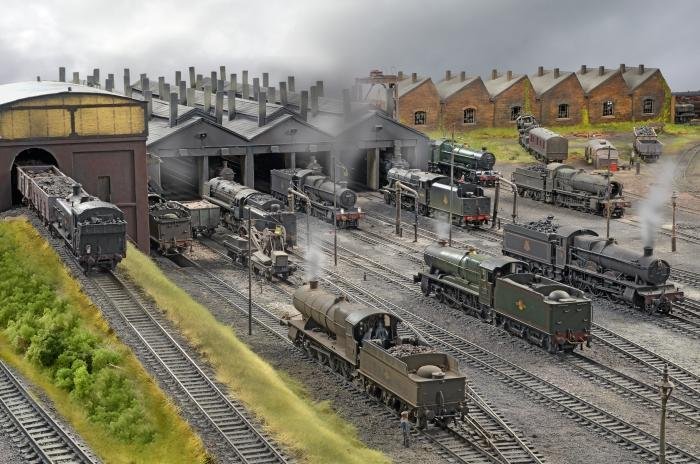 New Kensal Green is presented at the Great Electric Train Show by the South Coast Model Development Group and will transport you back to the final years of steam on the Western Region. This busy steam shed is modelled in 'OO' gauge and occupies a total 28ft length to incorporate a large six road steam shed, coaling stage and ramp, ash pits, a repair shop and more.

The layout is DCC controlled and features a multitude of sound fitted locomotives as well as a selection of smoke generator equipped models. The majority of the fleet is from the ready-to-run collections of Bachmann, Dapol, Heljan and Hornby with the addition of kit built locomotives and rolling stock. Everything has been detailed and weathered and all locomotives feature real coal loads, crews on the footplate and in many cases locomotive lamps too. Keep your eyes peeled for inter-regional visitors too including Stanier '8Fs' from the Midland and a Thompson 'B1' from the Eastern.