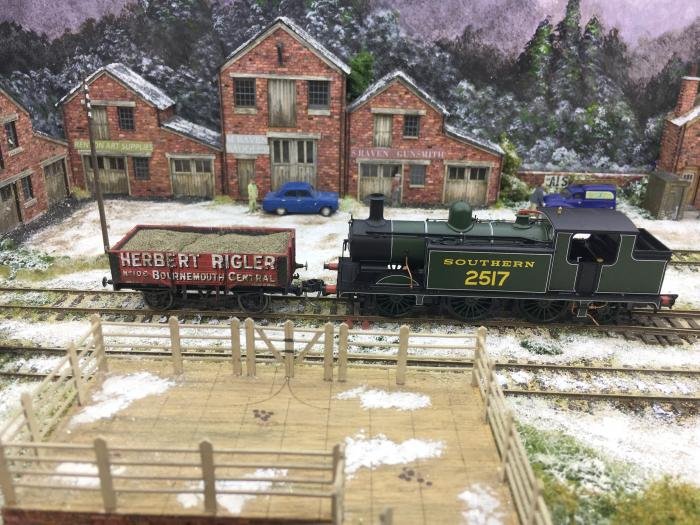 Humphrey Road Sidings is a departure for us as we normally model overseas railways. The layout depicts a small Southern Railway goods yard in ‘OO’ gauge. It doesn’t model a prototypically place, it is set in a generic location ‘somewhere in SR territory’.

There are a couple of twists though. Firstly, and most obviously, it’s a snow scene. We like snow layouts, but I hate the real stuff! Secondly, although the layout features SR stock its set in the mid 1950s as if nationalisation had not happened, just to be different. Control is DCC but using the Touchcab app to control the layout with our iPhones and iPads. All locomotives are sound fitted while automatic uncoupling is done using Kadee couplings and magnets under the track. There are also some working features including ambient sound, a fire and a photographer.