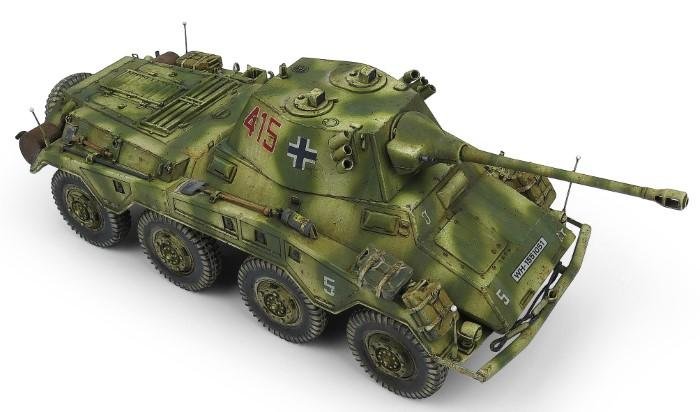 Manufacture of the Sd.Kfz.234, as with the rest of the Schwerer Panzerspahwagen ‘family’, was motivated by the need for a heavy armoured reconnaissance vehicle by the German Wehrmacht. As the war progressed it was realised that other models, such as the Sd.Kfz.232 (often known as the 8-Rad) had already become obsolete and a vehicle with increased armour and firepower was required. So, in 1940, Bussing-NAG began to develop a new model. The 8x8 configuration was retained, but the engine was improved, including ventilation systems to operate in tropical areas. At the time it was designed, the Afrika Korps were fighting in North Africa, so a vehicle capable of operating adequately in that environment was a necessity. By the time the Sd.Kfz.234 entered service, Germany and Italy had been forced out of North Africa. 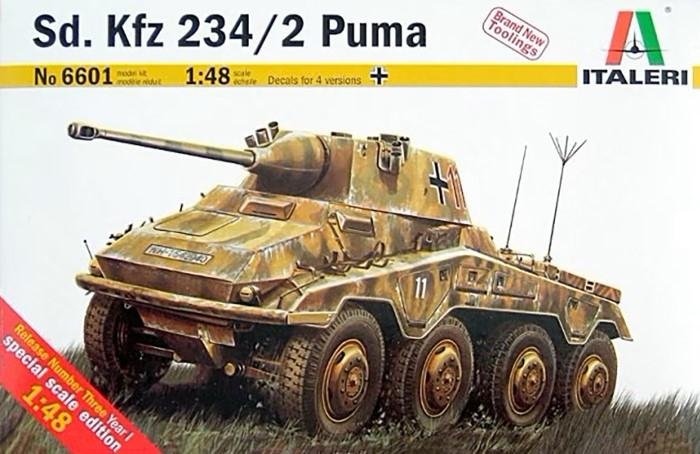