Kazan Model Dynamics has quickly established itself among competing aftermarket companies thanks to its innovative use of ‘HybridCAST’ undercarriage legs that combine metal cores with resin exteriors. 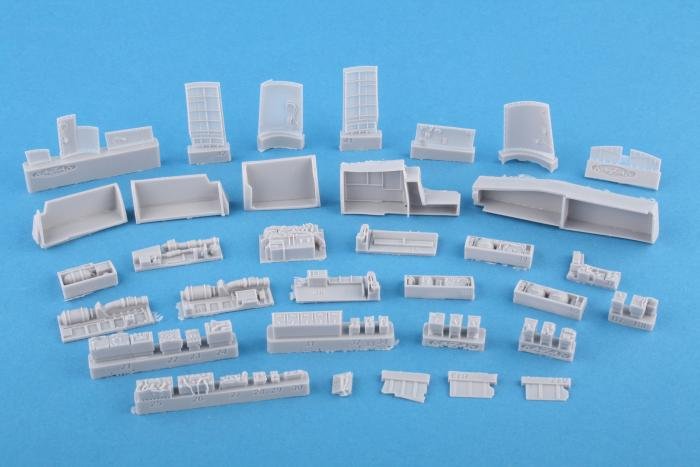 It caught many modellers’ attention with gorgeous accessories intended for Tamiya’s F-14A/B/D Tomcat kits and the latest two sets comprise replacement undercarriage and a comprehensive package for the type’s avionics bays. The former (KLG4814TAM) offers alternative components for all of the landing gear, including retraction jacks, with the advantages that hydraulic lines are cast integrally and the refinement is far superior to that in the kit’s parts. Main and nosewheel legs both benefit from the firm’s HybridCAST techniques, with all three items formed around a steel rod (as do the retraction arms), which ensures a strong and resilient structure. Three different styles of mainwheel hub are included, which means modellers can depict early-, mid- or late-production airframes, plus there is a choice of two landing gear lights for the nosewheel leg: either a single-piece clear resin item or two-part ensemble with opaque rear and clear lens. 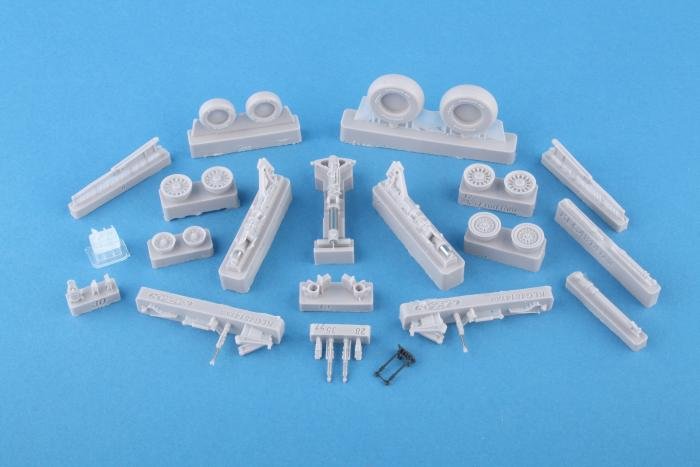 Kazan’s second offering (KAZ48009TAM) literally opens up a whole new aspect of the kit, as it exposes ten of the Tomcat’s fuselage avionics bays – detailed guidance is provided on how best to approach the required surgery. Most of the components are resin, but bay attachment frames and panel inner faces are supplied as photo-etched brass items. Optional equipment box configurations are included to address differences between variants, but also to cater for disparities between airframes – not uncommon in older designs such as the F-14.

Regardless of whether these sets are used in isolation or together, the result will be a vastly improved model, although they are aimed at the more experienced builder. Visit: www.kazanmodeldynamics.com