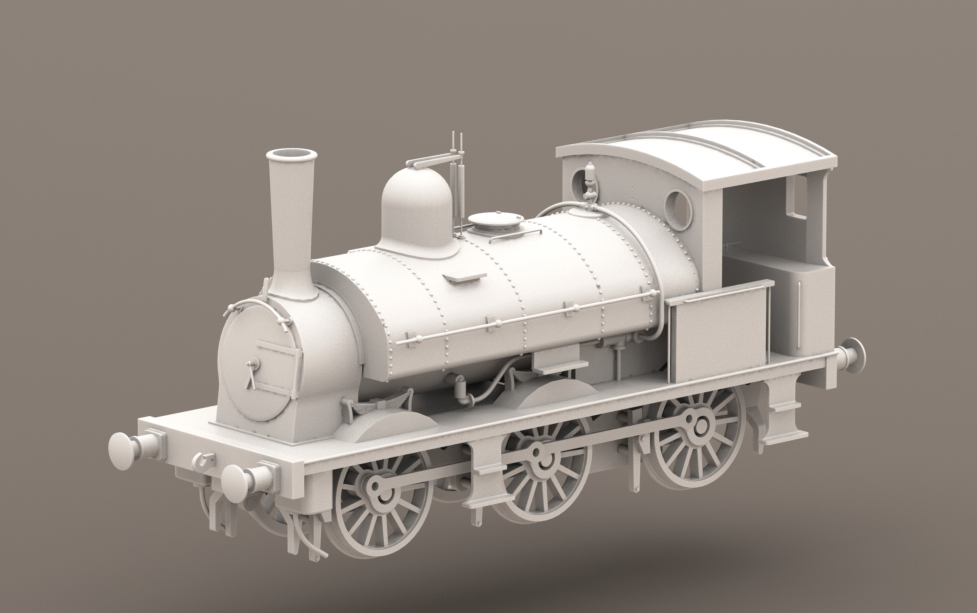 Built by Beyer, Peacock and Company between 1876 and 1882, 20 locomotives were supplied to the LSWR for shunting duties. They were later used by the Southern Railway, East Kent Railway and Kent and East Sussex Railway while five similar locomotives were also delivered to the Cork, Brandon and South Coast Railway (CBSCR) in the late 1860s, remaining in service with Ireland’s Great Southern Railways (GSR) until 1940.

OO Works’ new ready-to-run models will be hand assembled and decorated as No. 316 in LSWR holly green, 0334 in SR black, 4 in Kent and East Sussex Railway apple green and 7 in East Kent Railway apple green. In addition, Irish examples, which incorporate different tooling, will also be available as No. 5 in CBSCR sage green, 472 in GSR grey and 475 in GSR grey.

Priced at £279 each orders are being taken now with LSWR saddle tanks expected to be available in mid-2020.