Leaping straight from the small screen into kit form in November 2021 is Revell’s Imperial TIE Outlander – as used by Imperial ‘baddie’ Moff Gideon in Disney+ series The Mandalorian. 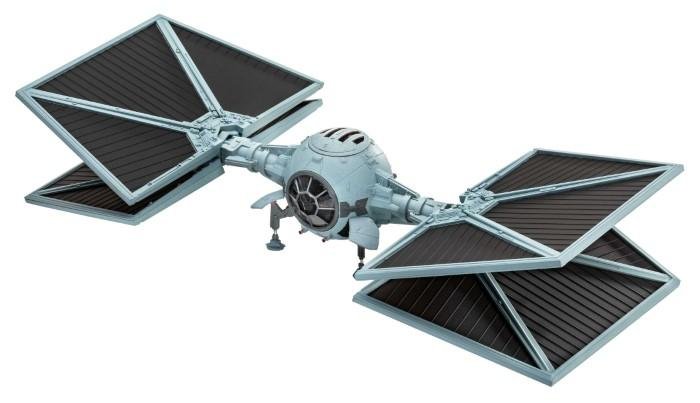 While outwardly identical to standard TIEs, Revell’s new kit features folding solar panel ‘wings’ and extendable landing gear. Revell’s approach to replicating this TIE variant (06782) has been to modify an existing kit, namely the 1/65 scale offering (06051 – although a check against studio model references indicates the spacecraft is probably 1/43). 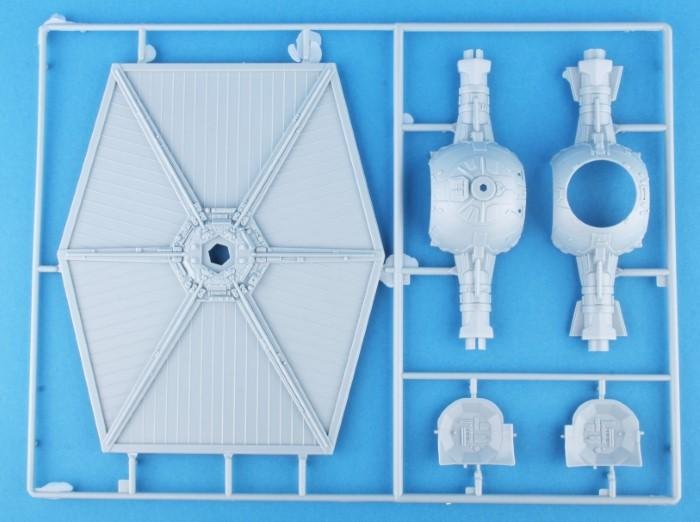 Above: Generously, Revell supplies almost two complete kits in the TIE Outlander package – such as this runner with the original ‘eyeball’ and solar panels...

Consequently, it’s effectively two kits in one box, as you get everything from the initial release, plus new parts on six further runners for the Outlander’s ‘beefed-up’ structure. As these extras comprise the central ‘eyeball’ and support arms, revised solar panels – complete with inserts to allow them to be posed in open, partially and fully folded configuration – there’s quite a bit left over! Indeed, the only items used from the original kit are the cockpit interior, glazing, pilot figure and stand, so those able to scratch-build the innards can have a second TIE for minimal expense.

Above: ... however, just the interior components – the cockpit sidewalls are depicted in this view – are utilised in the Outlander boxing.

Moulded texture on the Imperial pilot figure is slightly rough in places, but it’s arguably one of the best of the type and depicts a flier in the classic black uniform and helmet. No decals accompanied this text shot, but production kits will include Imperial insignia for the pilot’s helmet, flight displays and the red interior lighting. The entrance hatch is designed to be moveable and, just as in The Mandalorian, the landing gear can be posed in the extended or retracted configuration. 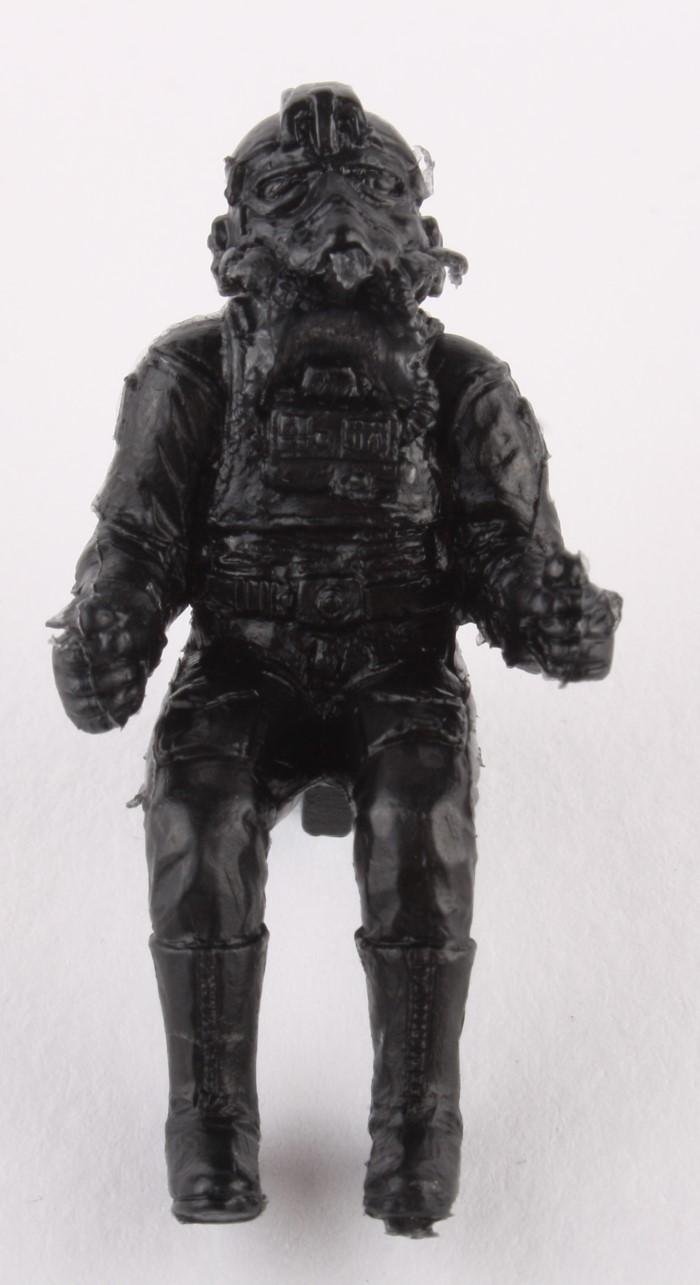 Above: The pilot is another ‘survivor’ from the original 1/65 scale offering, although the mould seams will need considerable neatening. 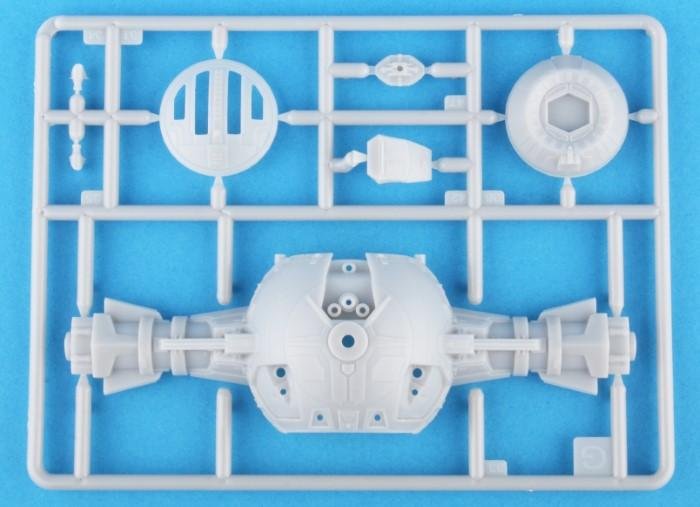 Above: Out with the old… an all-new structure is provided to replicate the Outlander’s more substantial appearance, with the 'eyeball' split horizontally for easier assembly.

The edges of the ‘wing’ folding sections are just blank styrene, but purists may wish to sand the surfaces to thin the ‘lip’ and then re-build it with strip styrene to replicate the hinge mechanism noted in scenes where the TIE Outlander is landing. A study of the instructions reveals that if modellers can ensure a snug (but not too tight) fit between the wing ‘hub’, folding sections and support arms, then it should be possible to swap the centre section to alter the wing angles. Best of all, the sturdy four-piece stand (inherited form the original kit) is ideal for posing the TIE Outlander in any of the three configurations. 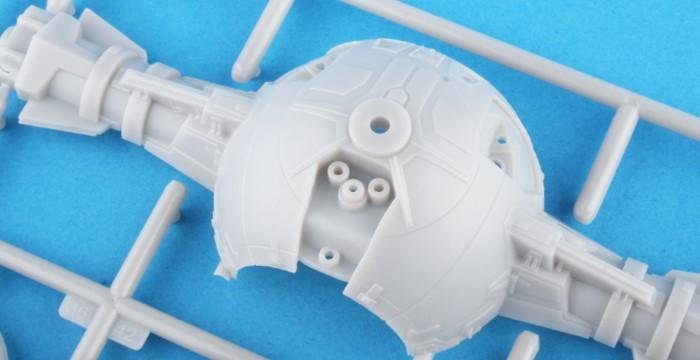 Above: The lower half includes cut-outs for the landing gear bays. 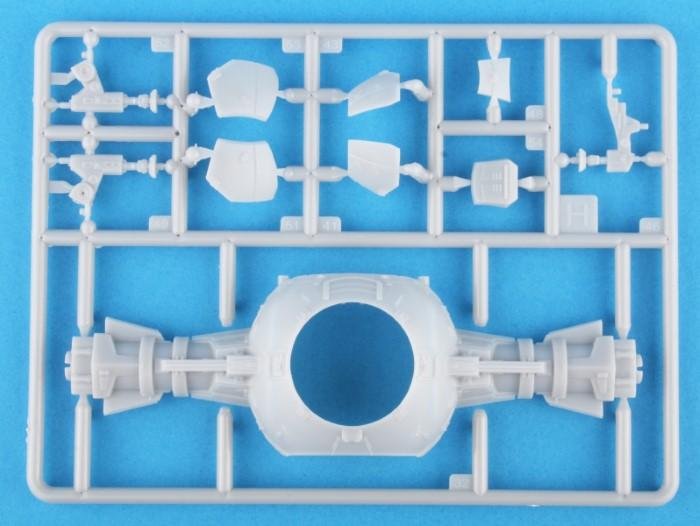 Above: Similarly, the upper half has an opening for the top hatch, while also providing parts for this variant’s landing gear.

The TIE Outlander is distributed in the UK by Carrera-Revell UK. More information is at: www.carrera-revell.com 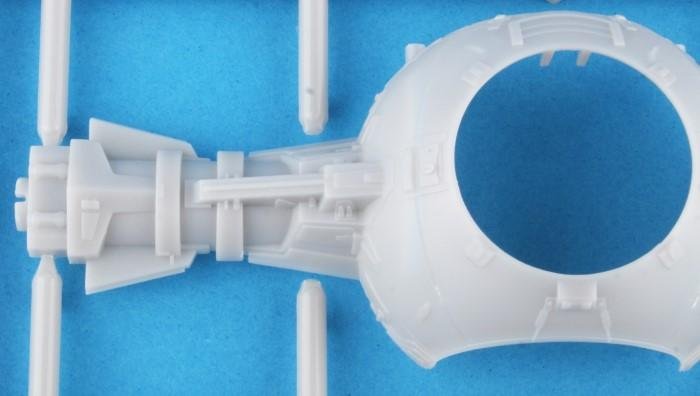 Above: The Outlander’s robust structure has been rendered faithfully by Revell, with strengthening beams on the solar panel support ‘arms’ and a thicker ‘collar’ for the wing-fold mechanism.

Above: Undercarriage bay doors are supplied for open and closed configurations and, in keeping with the original kit’s ‘snap-together’ construction, can be assembled without the need for glue. 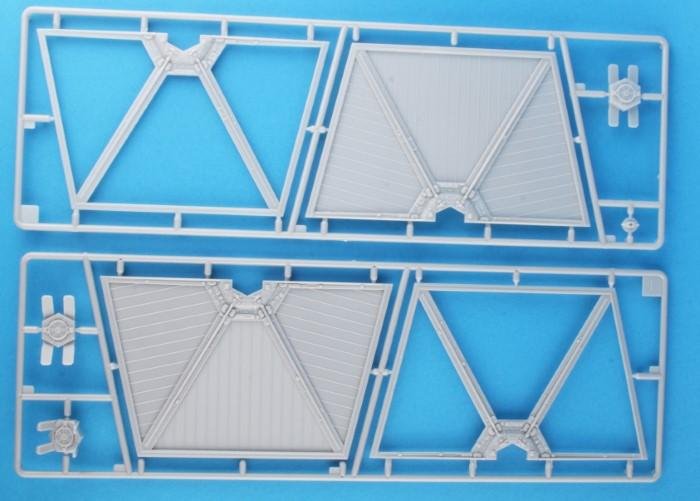 Above: Close examination of the TIE Outlander’s solar panel ‘wings’ reveals they are slightly larger than those of a standard machine, but the parts breakdown is similar to other kits, with the interior ‘frame’ separate. 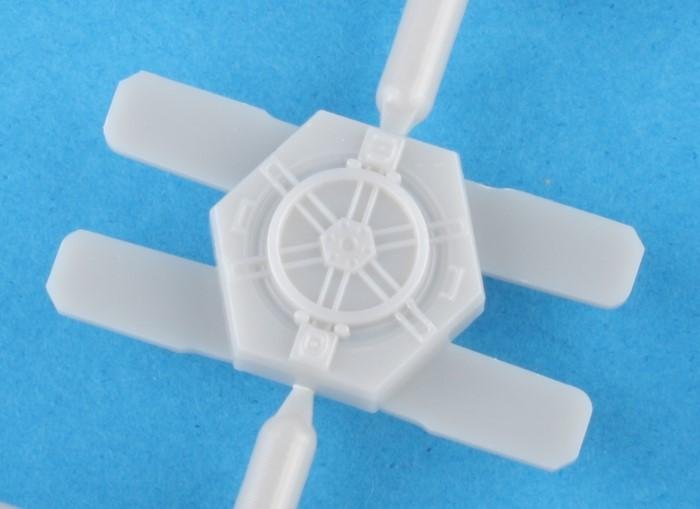 Above and below: Different wing-hub inserts are provided for all three operating modes (from left to right): in-flight, partially folded and landing configuration. 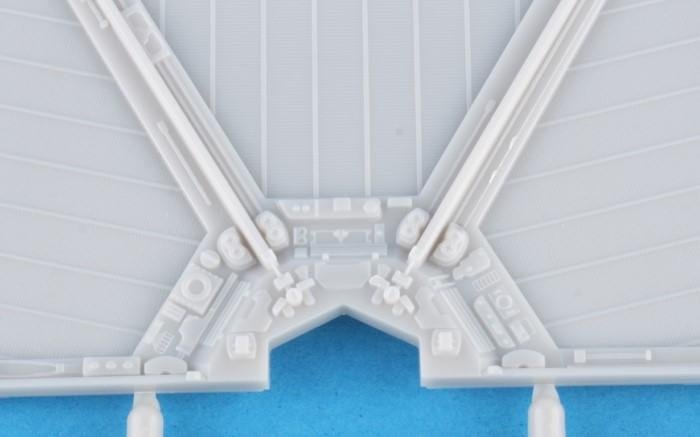 Above: Edges of the folded wings are moulded as just flat surfaces, but modellers wanting greater refinement may wish to sand these areas and add scratch-built internal detail.