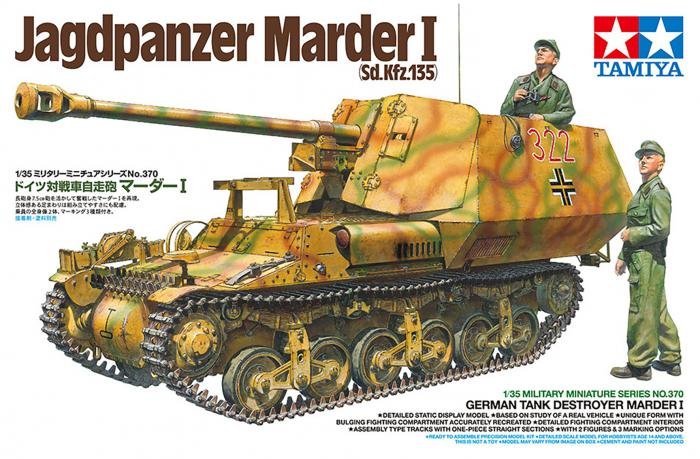 The kit (35370) comprises five styrene runners plus four vinyl poly-caps, with the lower hull and upper shielding supplied as ‘flat-pack’ constructions, plus tracks as link-and-length arrangements – complete with convincing sag on the upper sections. External panel lines and rivets are represented by engraved and embossed detail, respectively, while the fighting compartment features separate shells, plus a full representation of the 75mm weapon. Clever engineering means the latter should be posable, while a pair of crew figures are also supplied to populate this area.

Three markings options include a camouflaged Red 322 in France, September 1944, an Eastern Front winter-whitewashed vehicle during 1943 and an overall grey machine of the 15th Infantry Division, France, 1942-43.