TWO EDUARD SPITS IN ONE BOX!

TWO EDUARD SPITS IN ONE BOX! 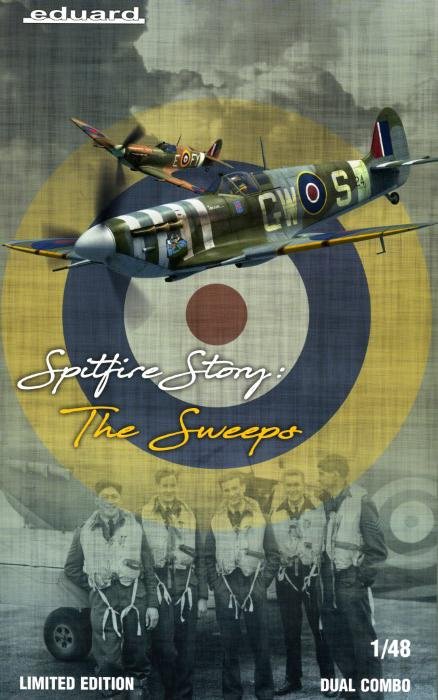 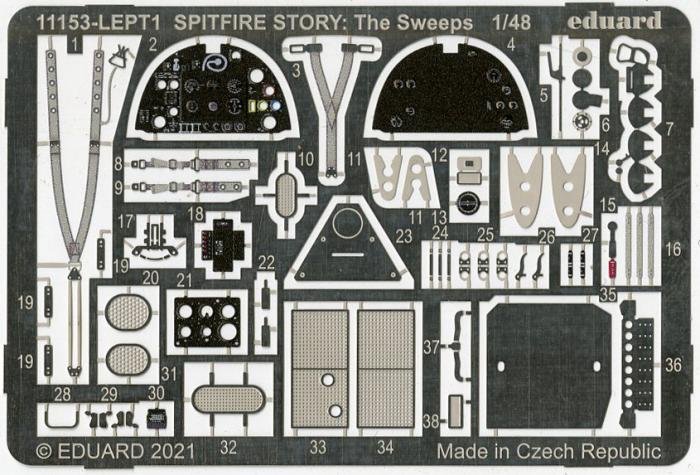 There are many useful features on Eduard’s Spitfire Mk.Vs, such as alternative glazing and wheel hubs, optional windscreen rear-view mirrors, different propeller spinners and the chance to have clipped wings. The PE frets carry pre-painted and plain parts, such as the instrument panel, seatbelts, seat-back/head armour, radiator/oil cooler grilles and more. The detail, as we’ve come to expect from Eduard, is exceptional. 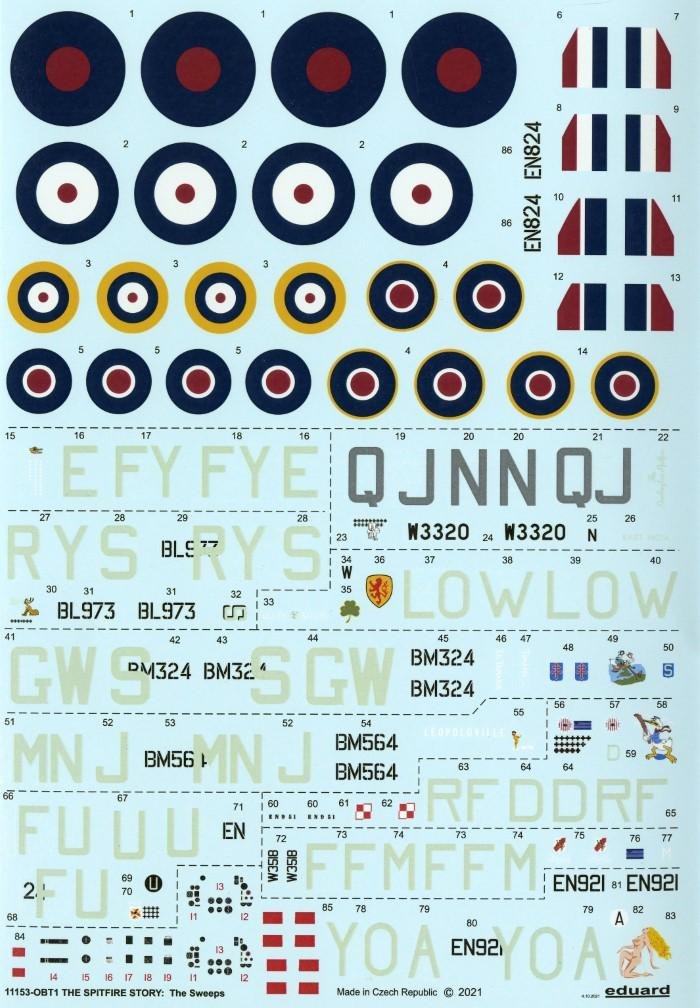 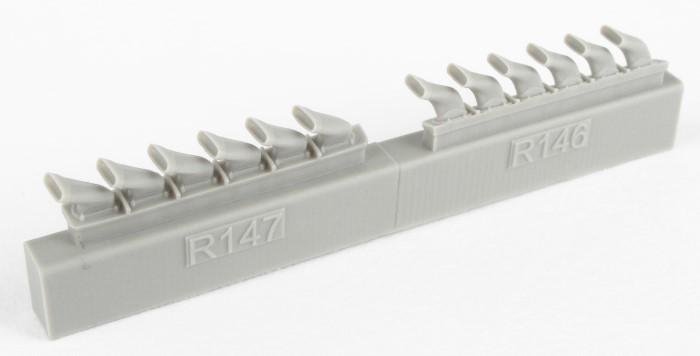 Released in parallel by Eduard is a useful set of resin six-stack fishtail exhausts (item 648699 in the Brassin range), which will be useful if you wish to portray an Mk.Vb airframe fitted with these exhausts, and have the requisite markings.

See below for all the colour scheme sheets… 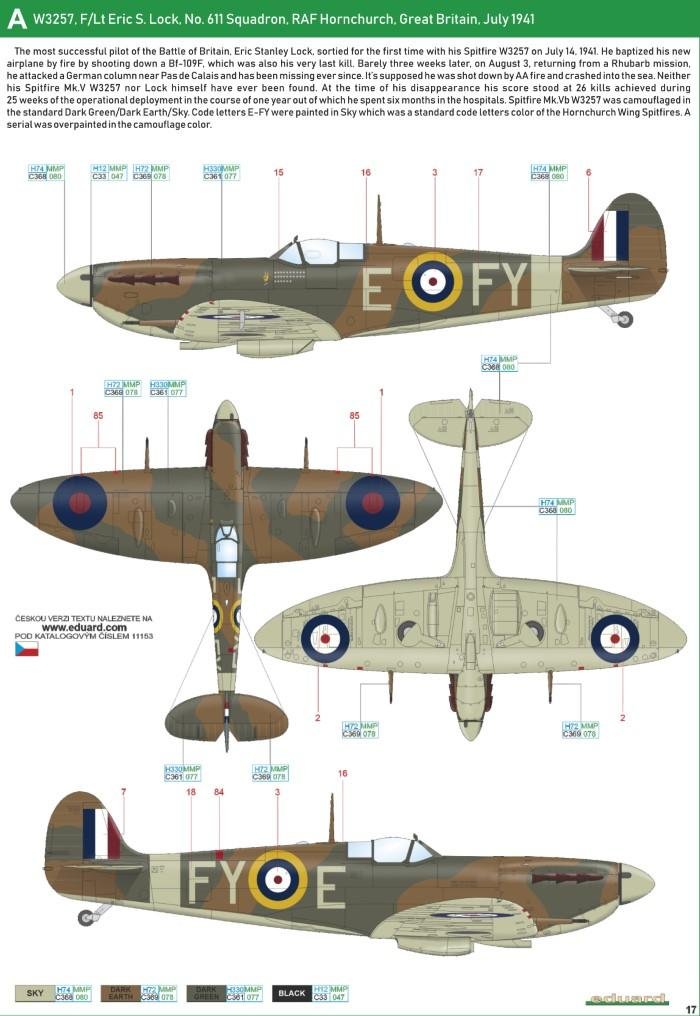 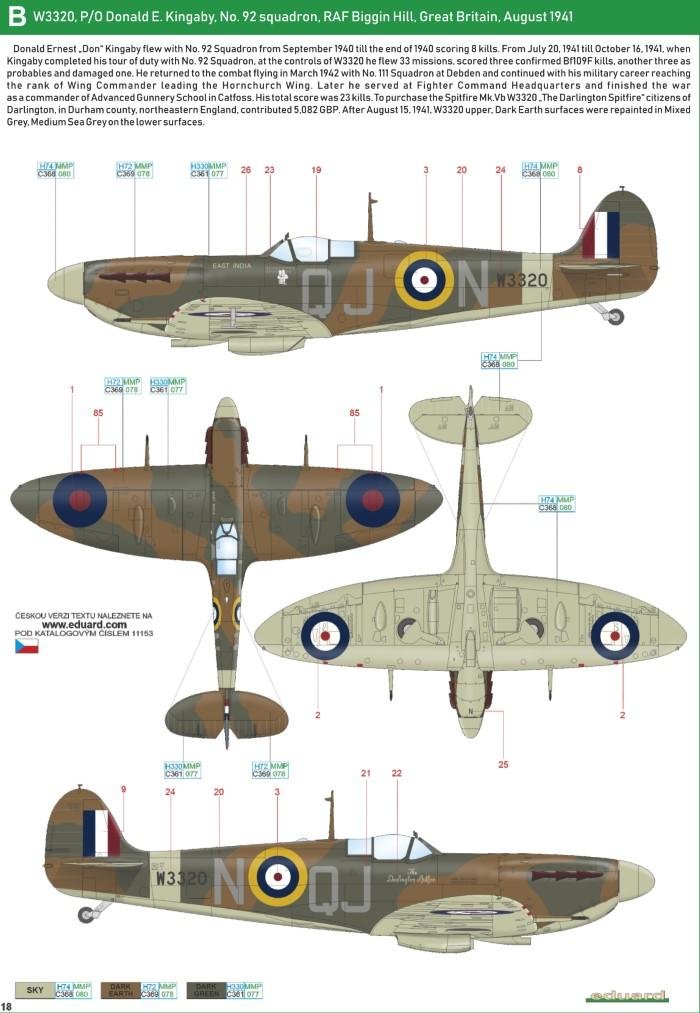 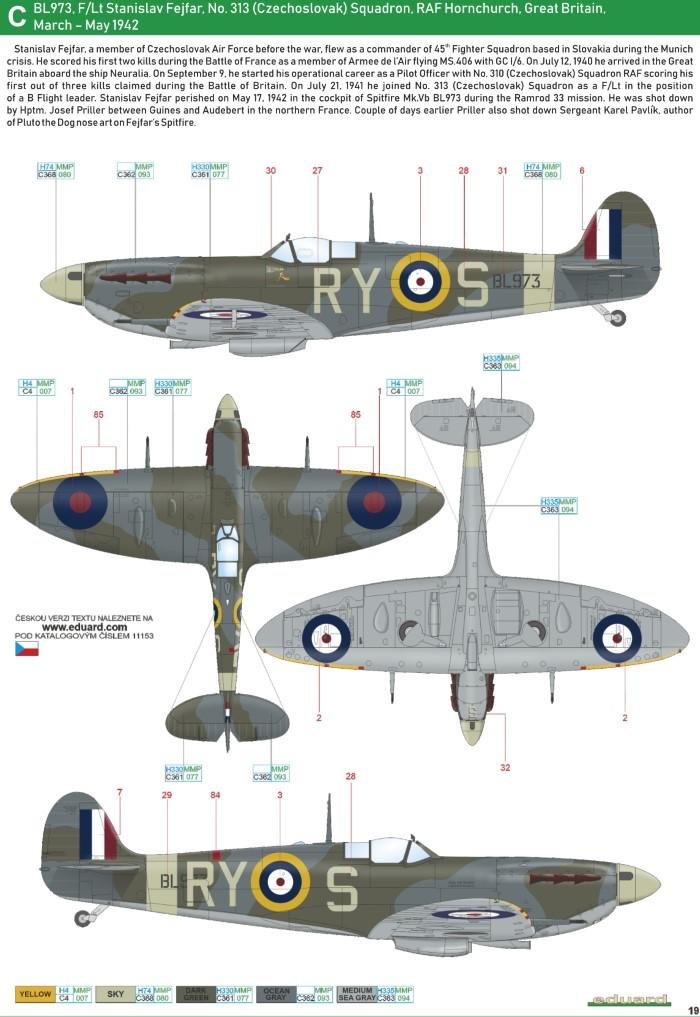 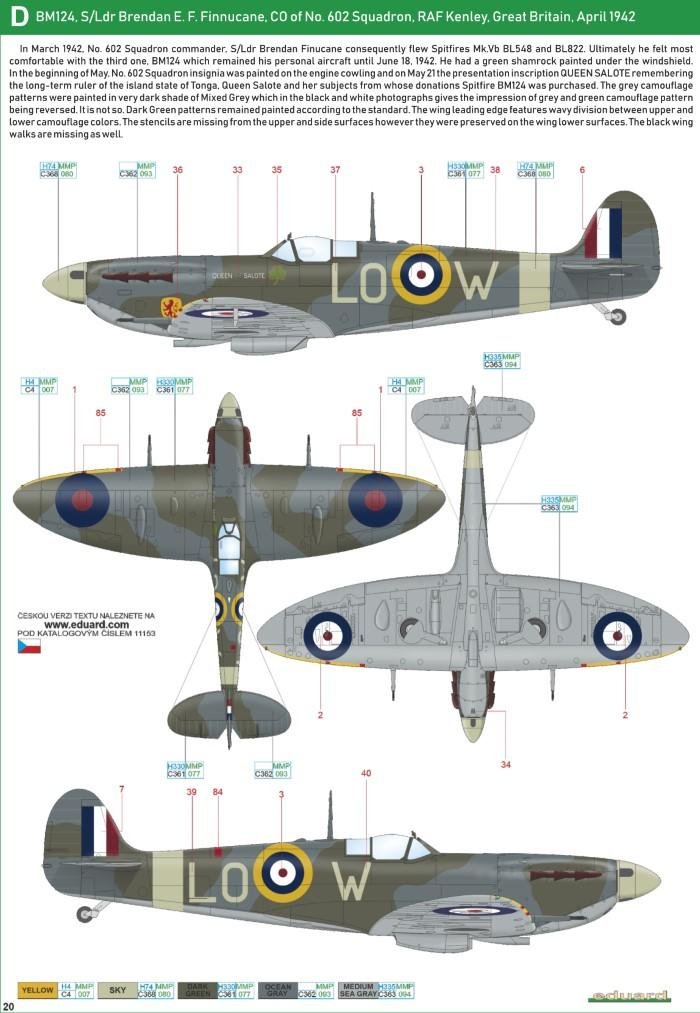 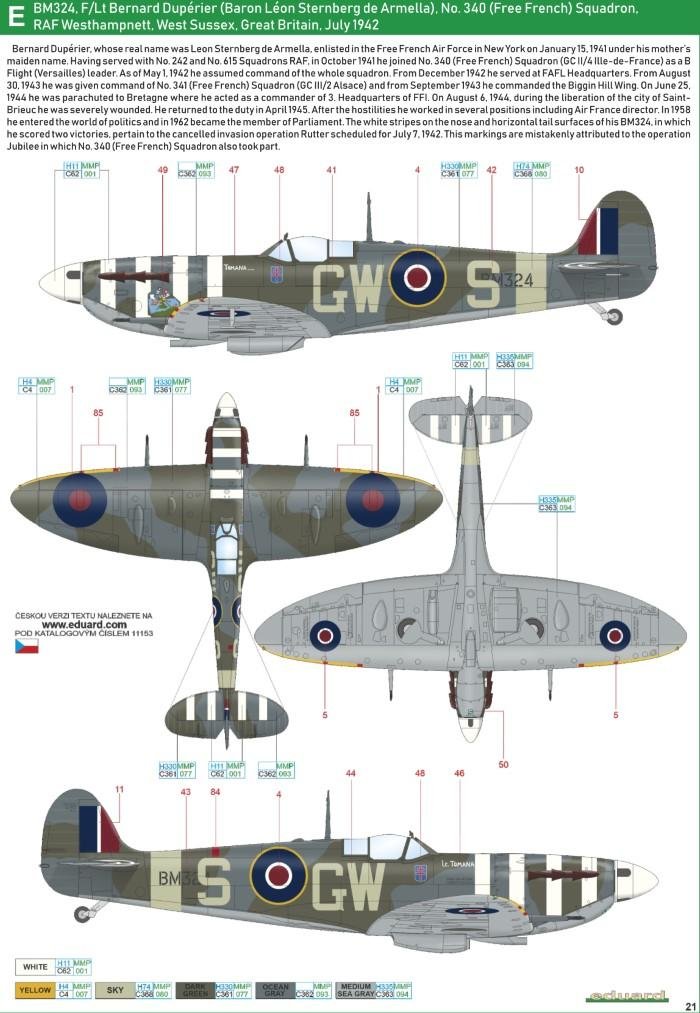 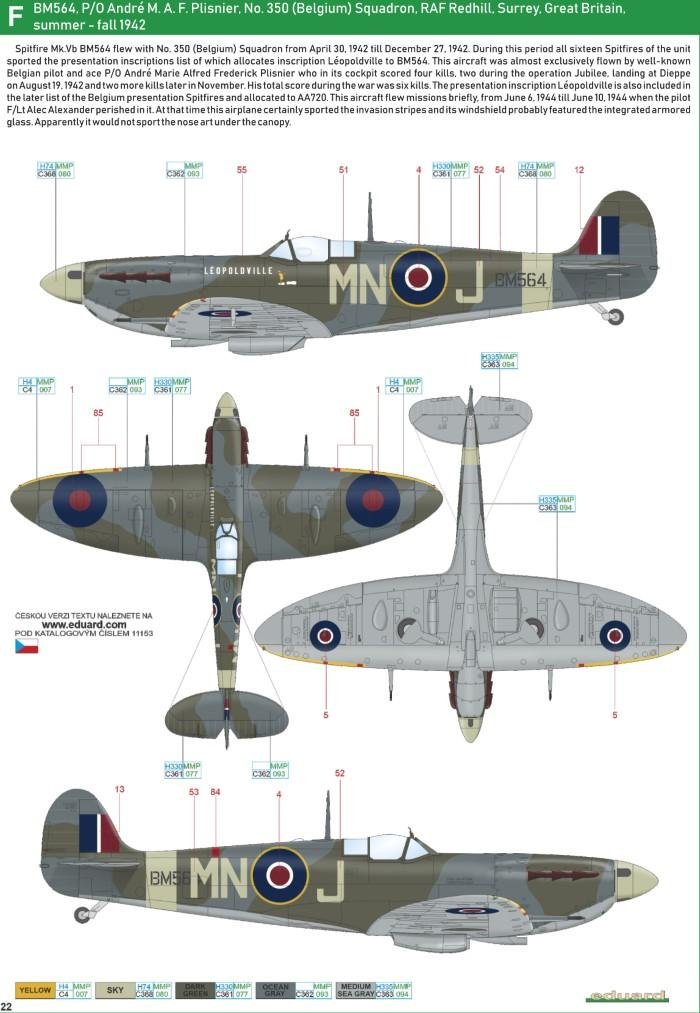 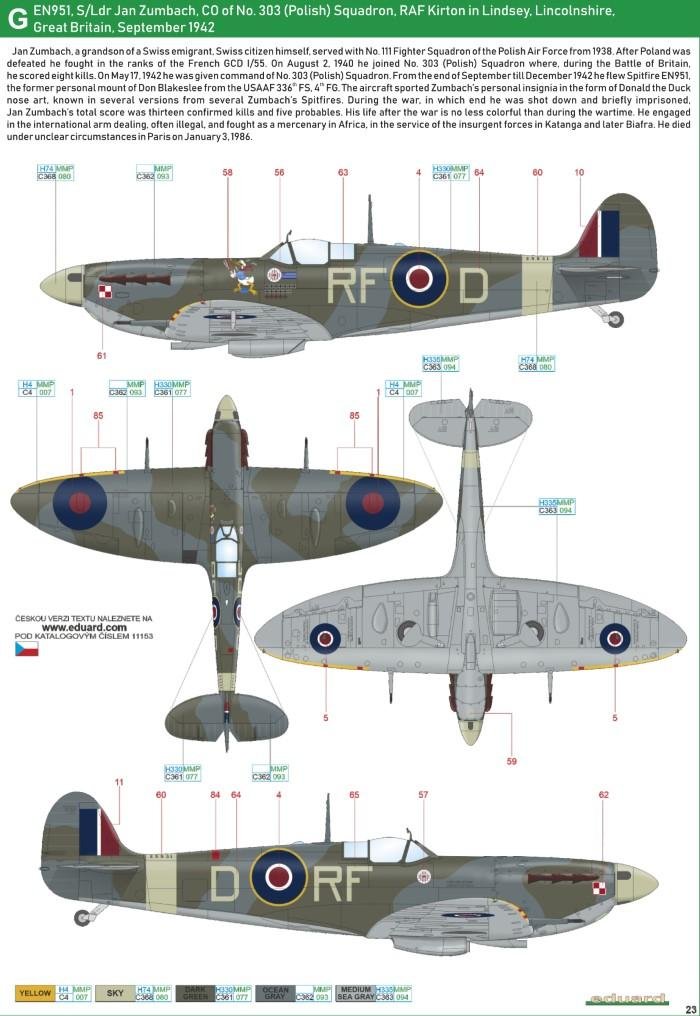 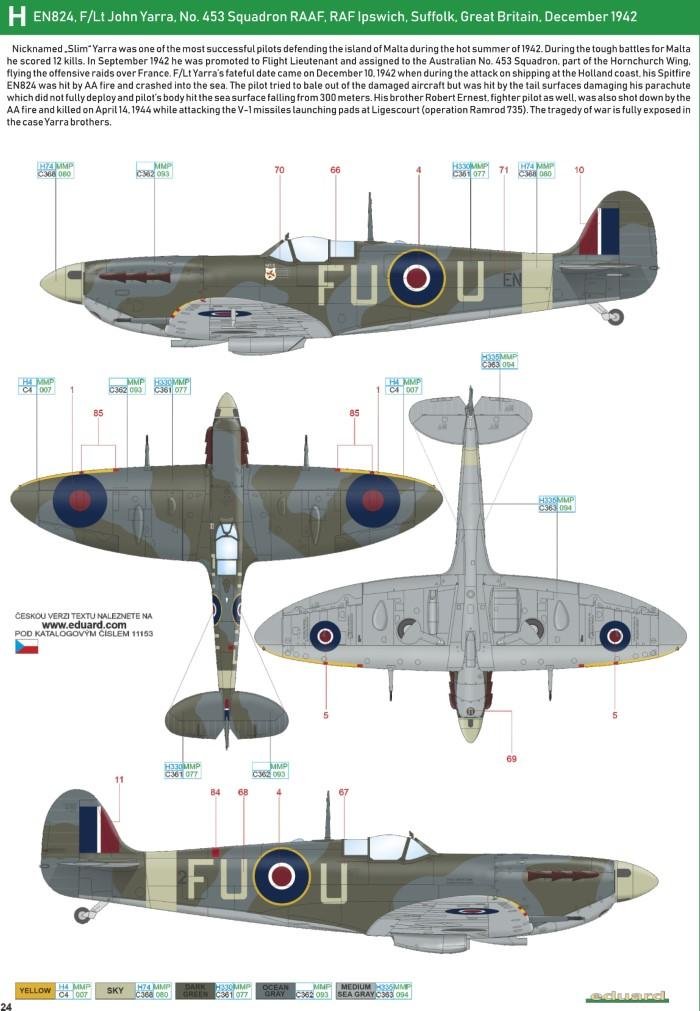 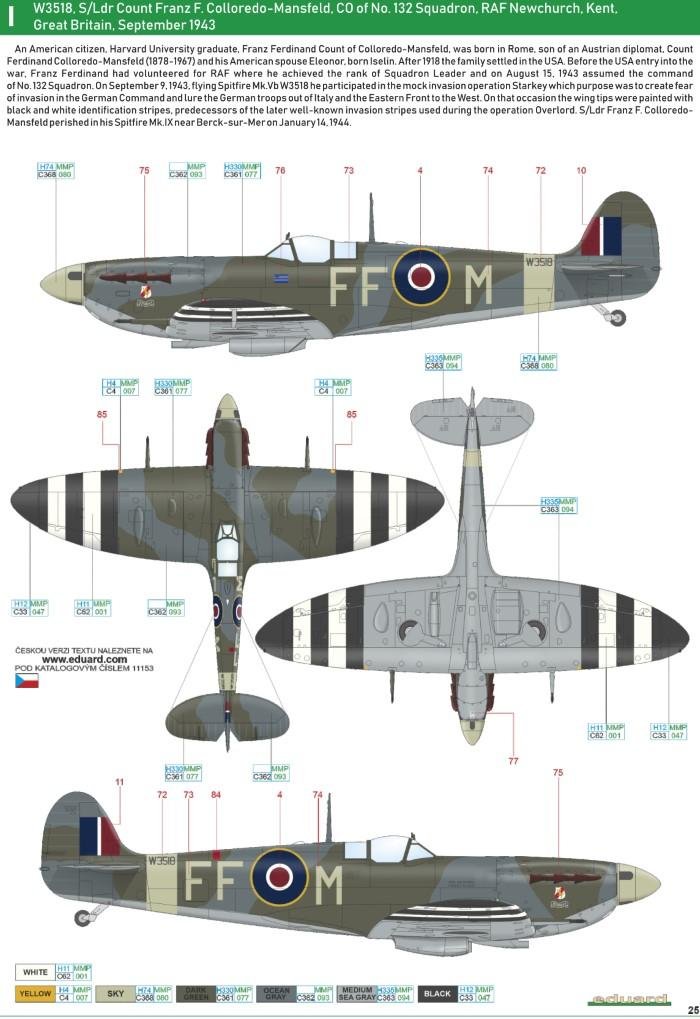 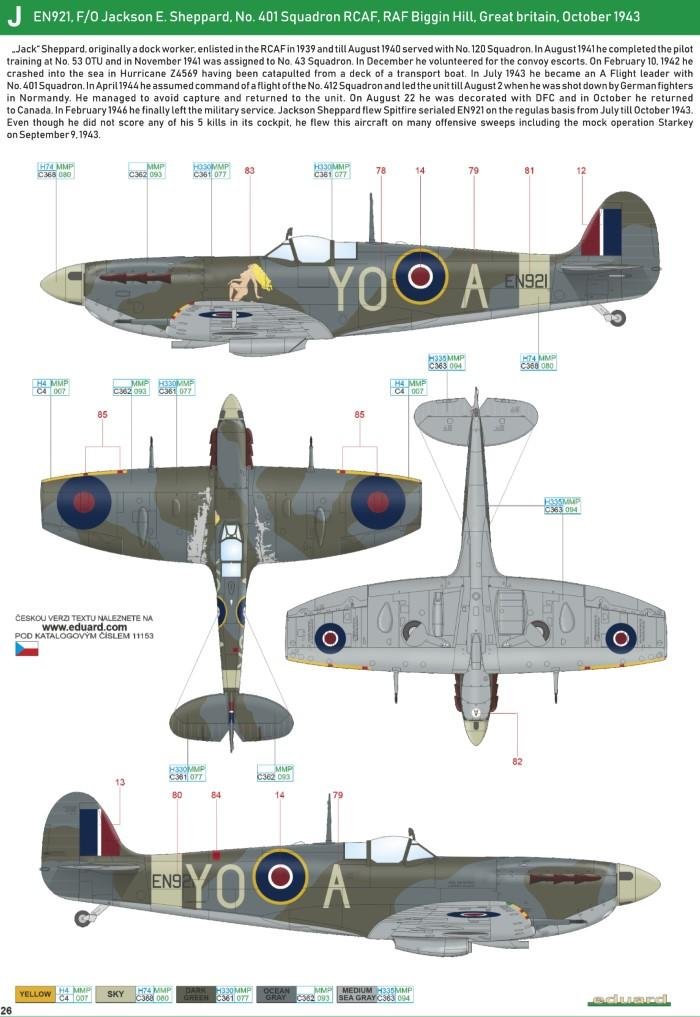