Fans of Supermarine’s finest won’t want to miss the new Limited Edition Dual Combo boxing from Eduard, which offers parts for a Spitfire Mk.Vb and Mk.Vc, along with a wealth of themed colour schemes. 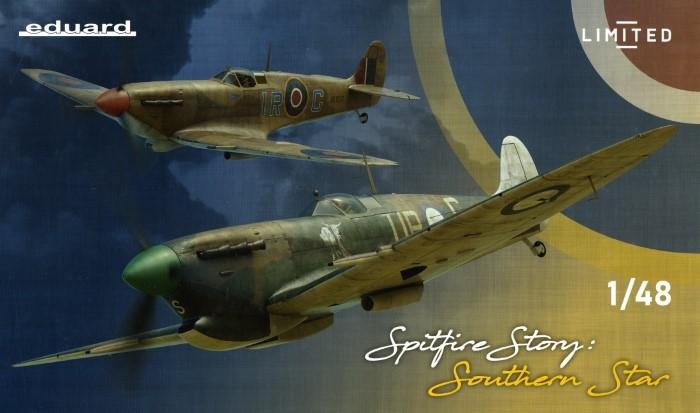 Czech firm Eduard really does get the most from its moulds, and this is certainly evident with the company’s popular 1/48 Spitfire Mk.V. It’s latest Limited Edition package (11157), a Dual Combo affair with parts for a Mk.Vb and Mk.Vc, puts a new spin on the product by way of a fascinating theme. This comprises aircraft flown in Italy/Sicily, North Africa, Australia and New Guinea during World War Two, hence the product title Spitfire Story: Southern Star. 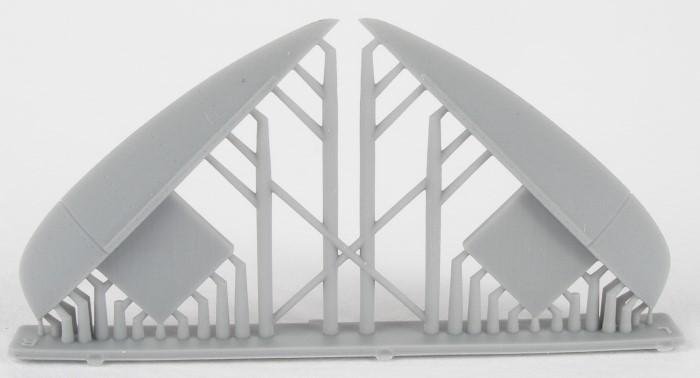 Above: The 3D-printed resin cropped wingtips included for two of the Mk.Vb airframes.

Three of the ten colour schemes are well known, representing famous aces - the Polish Stanislaw Skalski, and RAF stalwarts Neville Duke and Ian Gleed - but most of the others are rarer and offer interesting examples of nose art and finish (there’s even a bare-metal machine).

Besides the two sets of styrene runners, each of those can be embellished with their own dedicated array of photo-etched metal details (some being pre-coloured, such as the instrument panels). 3D-printed resin ‘clipped’ wingtips are also supplied, for use with two of the Mk.Vb airframes, as well as paint masks for each model. 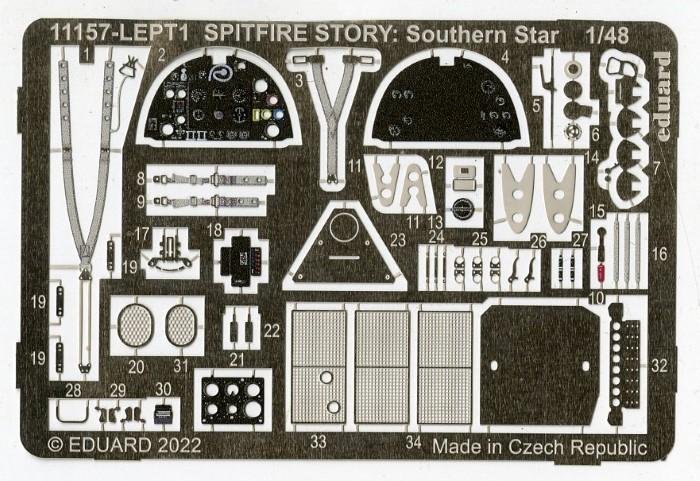 If you’ve still to take the plunge with an Eduard Spitfire Mk.V, you won’t be disappointed as the detail is sublime, and there are alternative parts for canopy mirrors, Vokes and Aboukir air filters, and optional gun barrel fits for the Mk.Vc. If you'd like to learn more about Eduard's first 1/48 Spitfire Mk.Vb release, Eagle's Call, see here

The colour schemes involve mostly desert tones, but there is an example of Dark Green and Ocean Grey (interestingly over Azure Blue), an overall Dark Mediterranean Blue Malta-based machine, and an Australian example in that country’s Dark Green and Dark Earth over Sky (there’s a bare-metal ‘Aussie’ airframe too). See below for details of all ten liveries.

This set offers fabulous value at £41.99 direct from Eduard, especially as you can employ the unused decals on other Mk.V builds. Visit: www.eduard.com 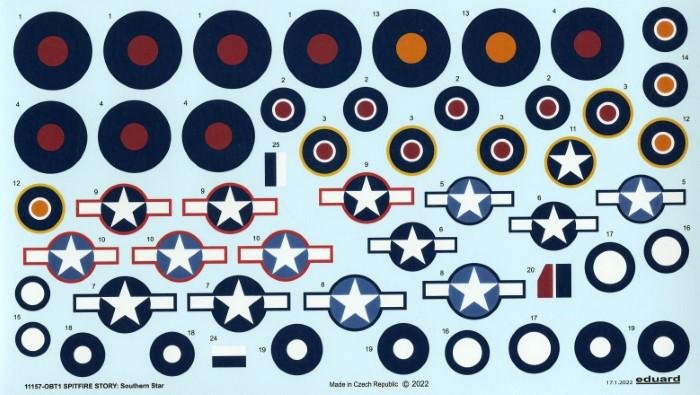 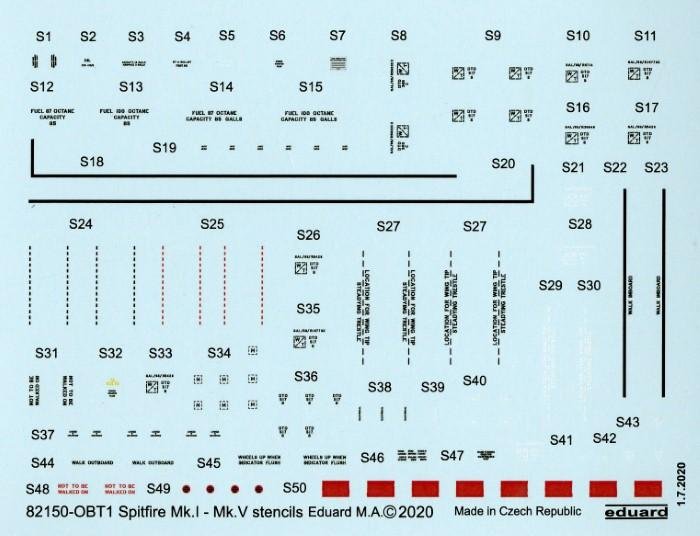 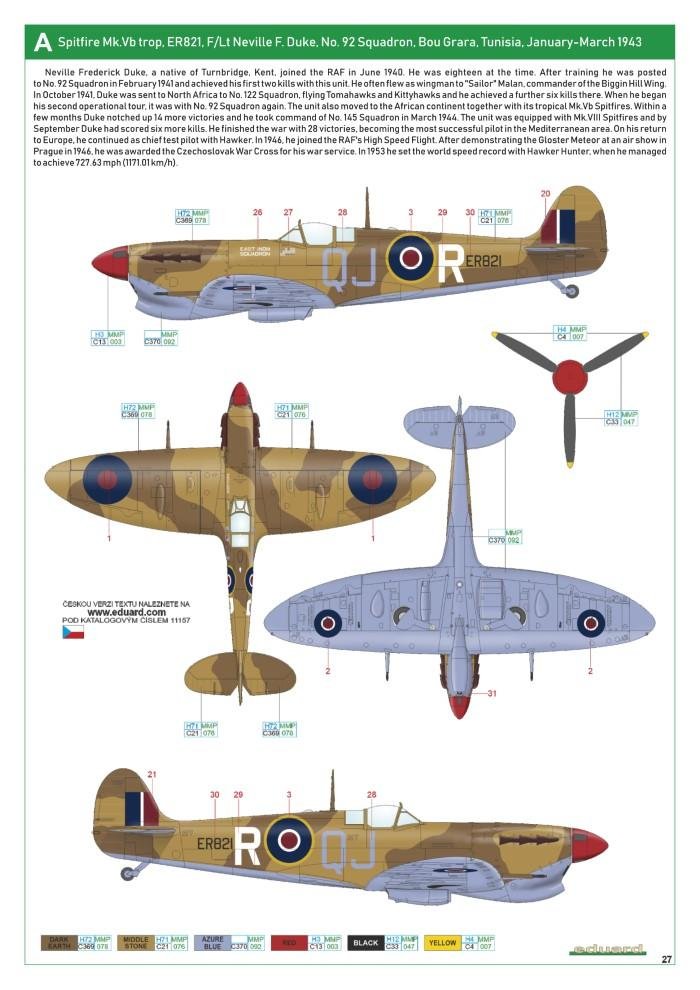 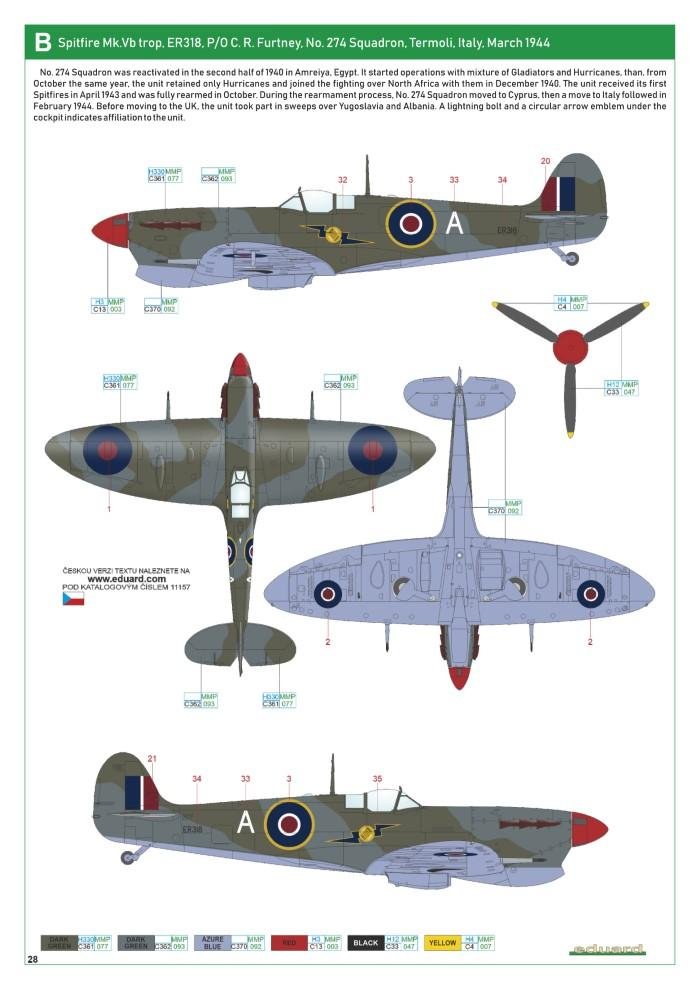 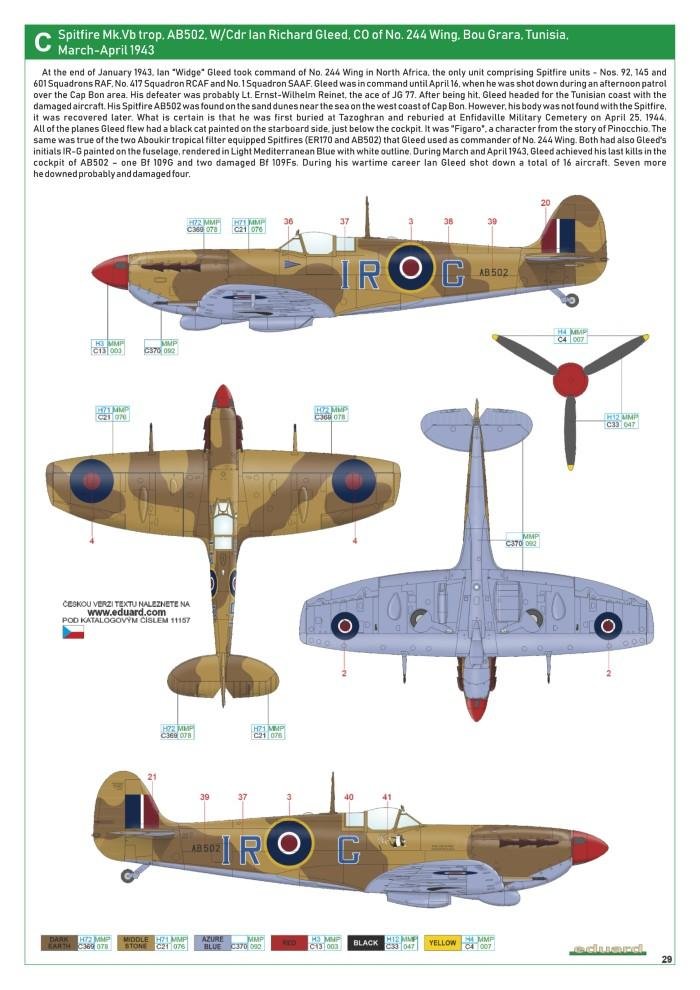 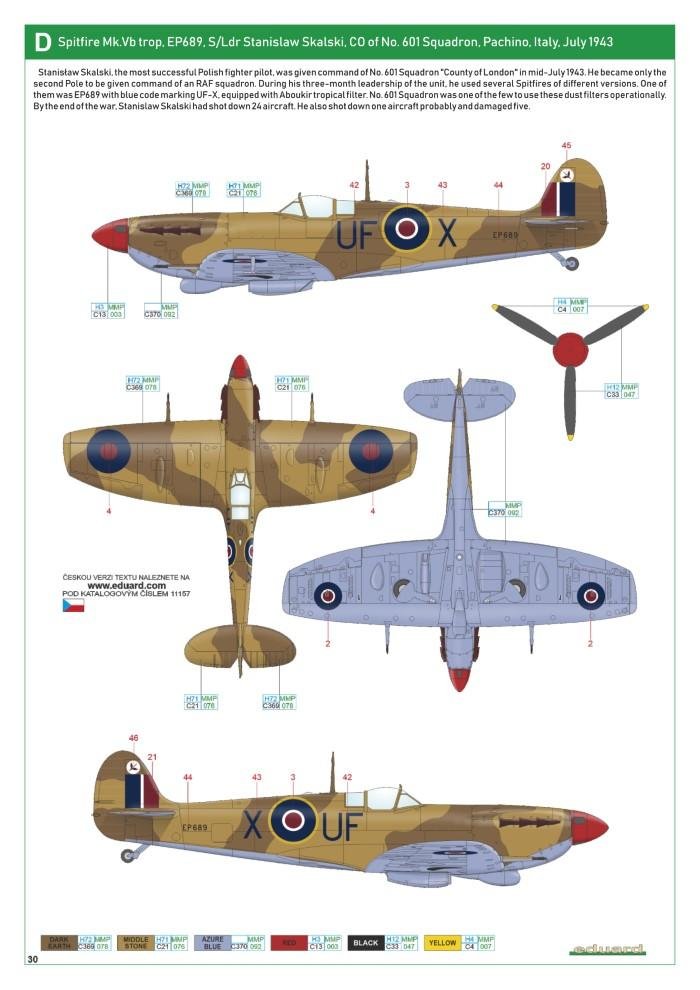 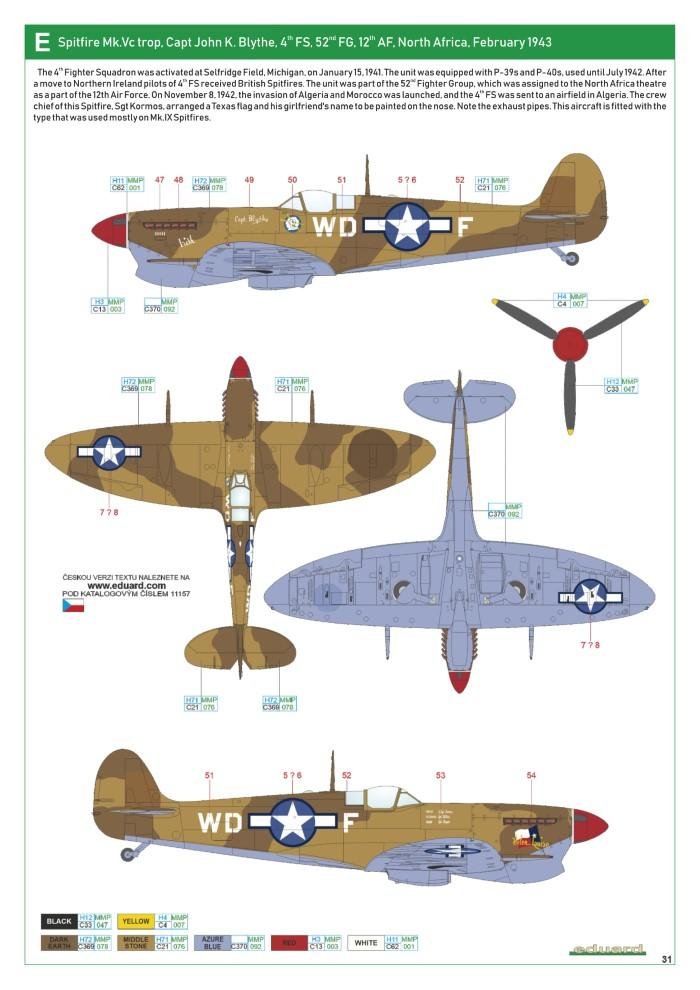 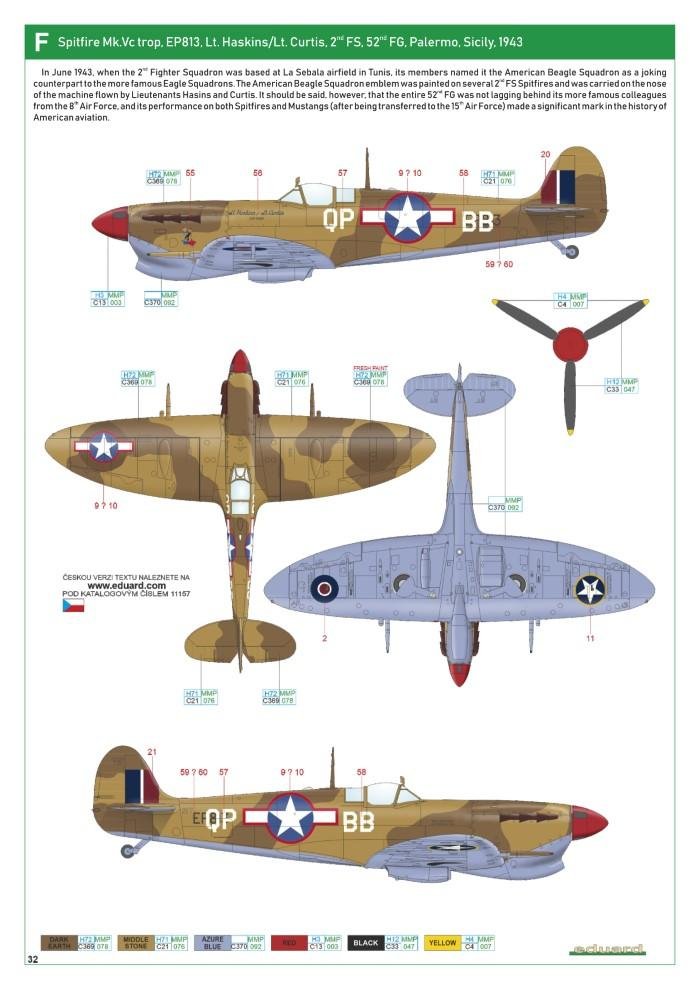 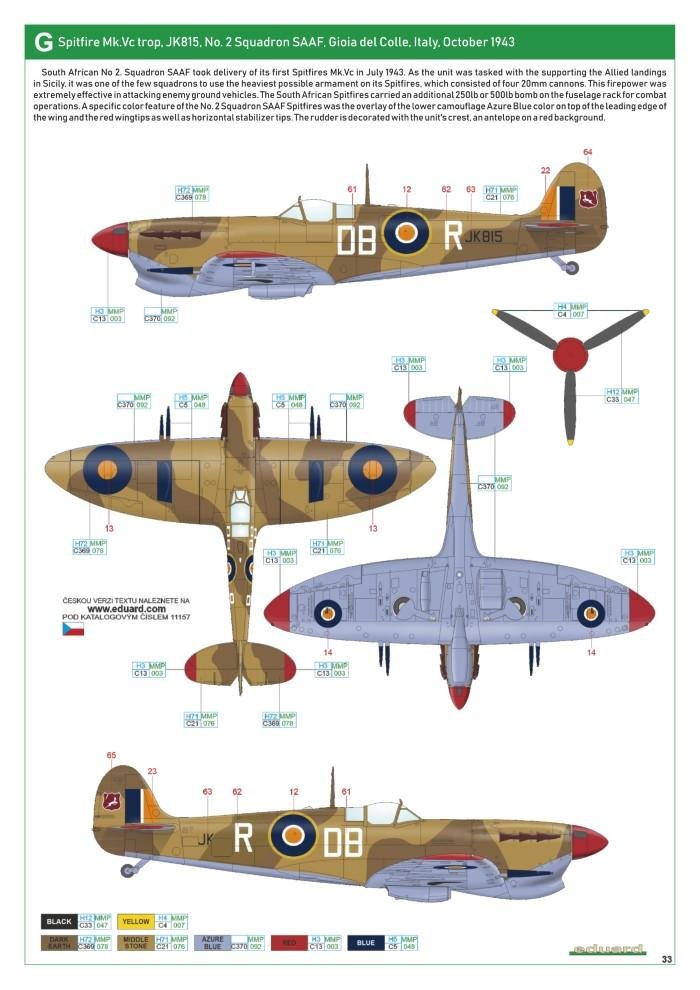 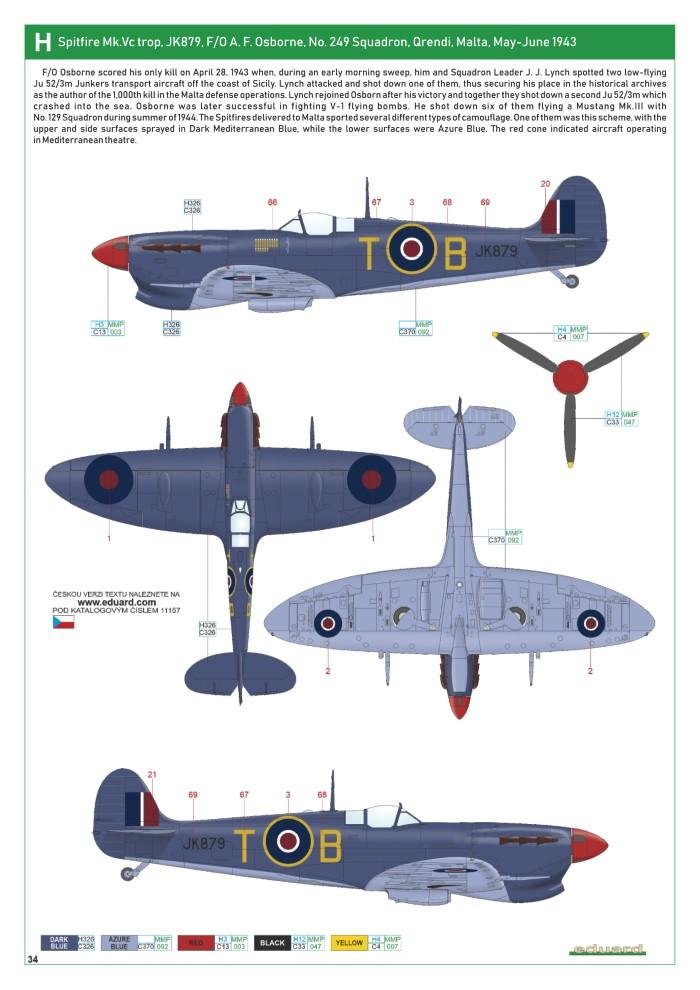 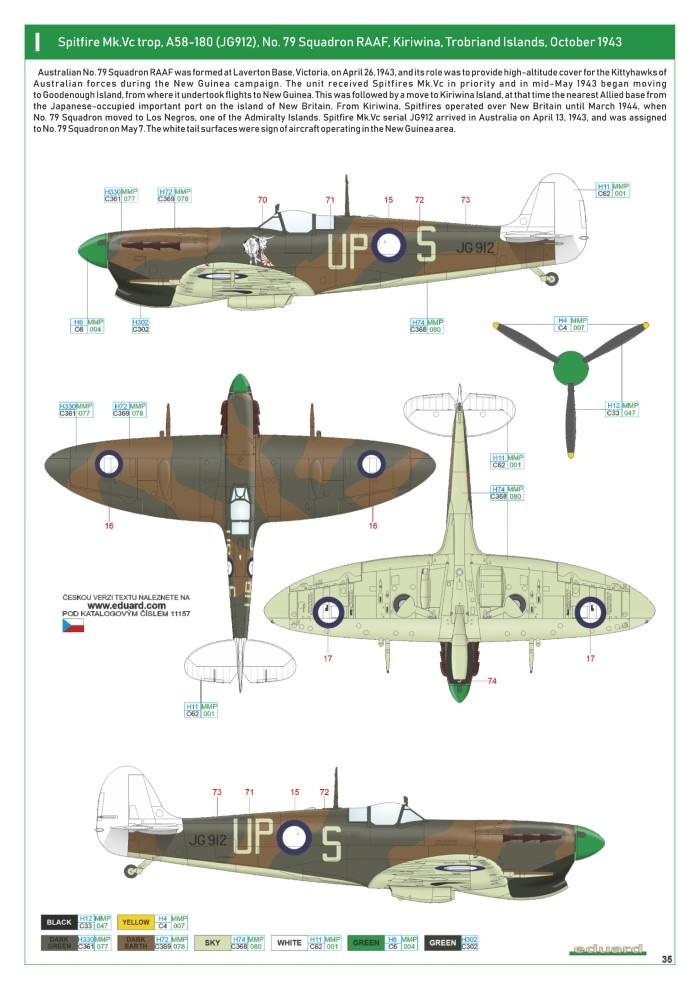 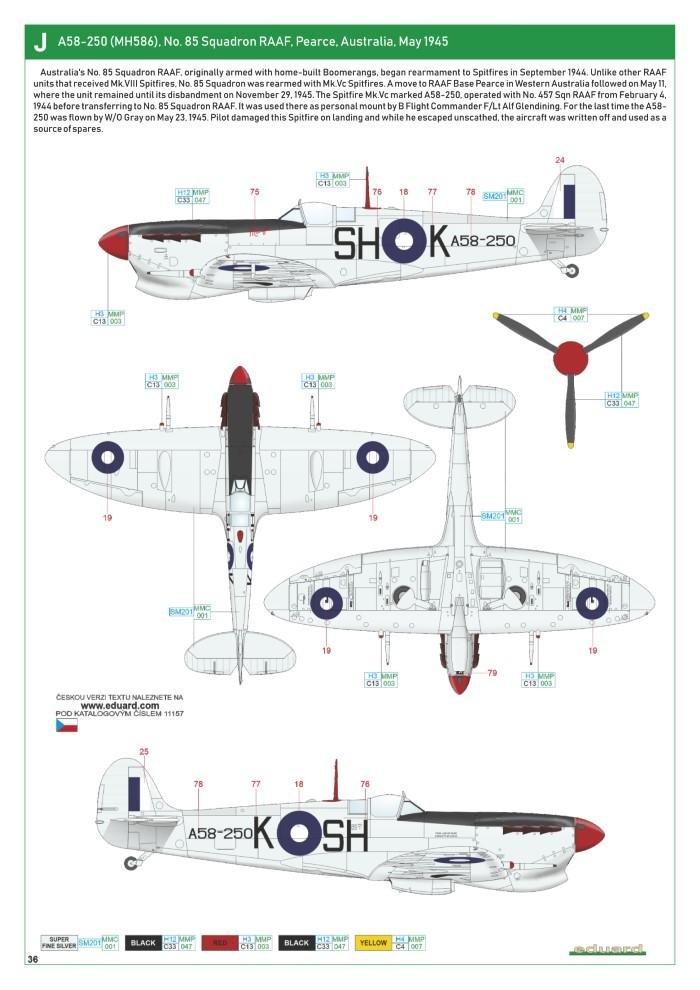