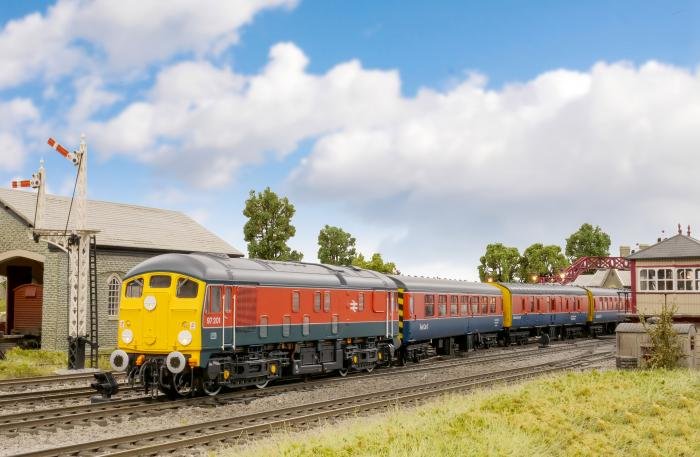 THE UPGRADED Sutton's Locomotive Works 4mm scale models of the BR Sulzer Type 2s staged a takeover on Topley Dale during June with the arrival of review samples modelling 97201 in Railway Technical Centre (RTC) red and blue and D5021 in polyurethane blue.

For this video we tasked the two locomotives with era specific trains. For 97201 we went into our own collections to gather a representative set of RTC coaches which saw the Type 2 arrive at Topley Dale for a run round before reversing and departing via the crossover. D5021 meanwhile was prepared at the head of a long rake of Hornby 20ton coke hoppers to show its potential on heavy freight traffic.

Both performed superbly and in this video we showcase typical activities for the locomotives on our test track. For our full review of the latest upgraded SLW Type 2s see HM158 or log in to KeyModelWorld where you can read the same piece in web format. Plus, subscribers have a second chance to watch more on these locomotives (link below) as Mike Wild goes through the operation of a trio of these fine Bo-Bo diesels for a special video guide which includes more exclusive images of these engines at work. Don't miss it!