The Hornby Magazine team are at it again! Join Mike Wild and Richard Watson as they embark on a brand new model railway layout build. This time the team are recreating the Midlands based double-track Great Central Railway heritage steam line in 'OO' gauge in a brand new series, Building the Great Central Railway. Watch Episode 1 here for FREE from 8pm on Friday May 5 and premium KeyModelWorld members will be able to watch the rest of the series each Friday here. 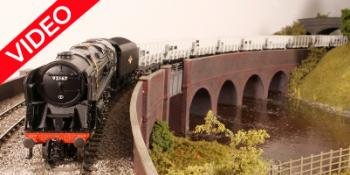 In the fifth installment of our Building the Great Central Railway video series MIKE WILD installs the missing piece to complete the scenic area: the reservoir bridge 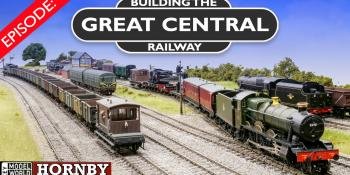 Episode 4 of the Building the Great Central Railway video series is here. Join Mike and Richard as they delve into the details of Swithland Sidings, explain how it was built, its features, rolling stock and operation in this 40 minute video. Watch it today exclusively on KeyModelWorld. 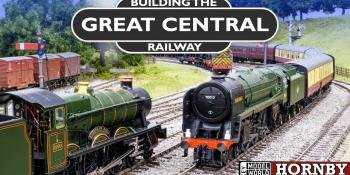 In Episode 3 of building the Great Central Railway Mike Wild and Richard Watson continue on their journey of building a brand new model railway in 'OO' gauge. This time focusing on all things scenery from track weathering to expanding foam and the fine details. Watch Episode 3 here to see how we tackle the scenics. 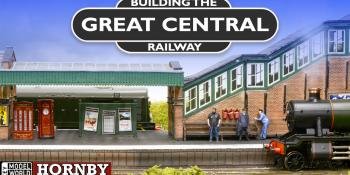 In Episode 2 of building the Great Central Railway Mike Wild and Richard Watson continue development of our brand new model railway layout. This time the team are focusing on all things track, from laying Peco's bullhead flexible track to wiring and baseboard joints. Watch Episode 2 here to see how we get trains running. 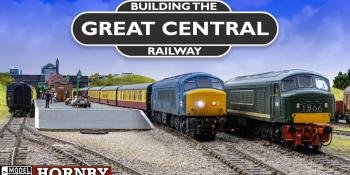 The Hornby Magazine team are at it again! Join Mike Wild and Richard Watson as they embark on a brand new model railway layout build. This time the team are recreating the Midlands based double-track Great Central Railway heritage steam line in 'OO' gauge in a brand new series, Building the Great Central Railway. Watch Episode 1 here for FREE from 8pm on Friday May 5 and sign up to KeyModelWorld to watch the rest of the series. Read the articles from Hornby Magazine 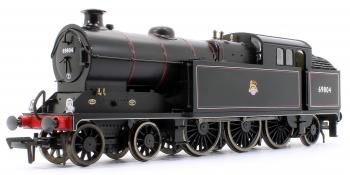 Rails of Sheffield has received the first decorated samples of Sonic Models’ debut locomotive for ‘OO’ – the London and North Eastern Railway (LNER) ‘A5’ 4-6-2T. 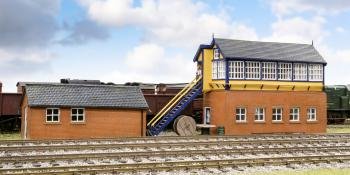 When you want to model a specific railway structure, in many cases the only way is to scratch build. PAUL CHAPMAN explains how he built Swithland Signalbox for the Great Central Railway layout. 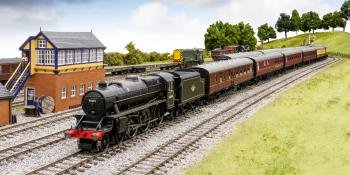 In the 2021 Hornby Magazine Yearbook, we started our new project to build a replica of the Great Central Railway in just 16ft x 8ft and this year we are completing the second phase with a model of Swithland Sidings. MIKE WILD explains its construction. 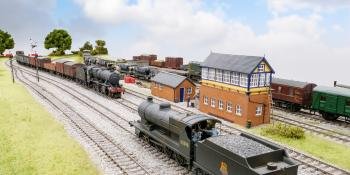 The Hornby Magazine Great Central layout has been built with operation in mind. MIKE WILD explains how this double track main line layout and its features work and how it is being moved forward into the preservation era. 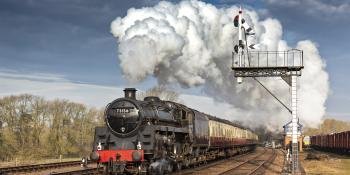 Although the Great Central Railway closed as a through route in 1966, the memory of this once ground-breaking line has been kept alive by what has become one of the country’s greatest preservation projects, as EVAN GREEN-HUGHES describes. 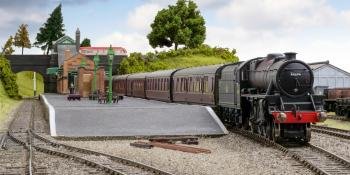 The first phase of our new project layout for the Yearbook is complete. Mike Wild takes a closer look at how it will operate, its rolling stock and future plans for development. Photography, Richard Watson. 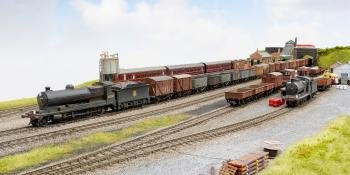 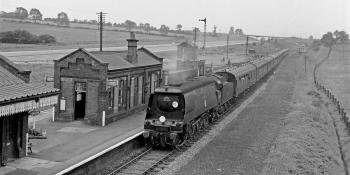 The Great Central Railway then and now

The Great Central Railway is a unique survivor in preservation with its signature double-track main line, and this late 1890s built line forms the subject of our feature build for this year’s Yearbook. To begin the project, Mike Wild looks back at the real thing’s development, demise and resurrection.

THE GREAT CENTRAL RAILWAY is a landmark in preservation. Its double track main line is unique amongst heritage lines and provides the spectacle of steam hauled passenger and freight trains passing either other. Such an enticing scene was all the inspiration the Hornby Magazine team needed to recreate the GCR in 'OO' gauge.

This new build fills a 16ft x 8ft space and has been built over the past 18 months by the Hornby Magazine team. Its progress has featured in the 2021 and 2022 Hornby Magazine Yearbooks and now we are proud to release the first of a four part video series on KeyModelWorld taking readers through the layouts construction from start to finish. The first part is available to watch for free today with parts two-four going live each Friday at 8pm exclusively on KeyModelWorld for digital subscribers.

During the build you will be able follow Mike and Richard as they develop the layout, see its baseboard come together, the track layout establish, the first trains run and even take a journey to the real Great Central Railway to see if the layout measures up to its life size counterpart.

The full layout models a typical GCR style island platform station on one side which takes inspiration from Quorn and Woodhouse as well as Ashby Magna while the rear of the layout, typically a storage yard on our exhibition layouts, takes inspiration from Swithland Sidings on the preserved line for its trackplan, signalling and buildings.

Join us for the first part of the Great Central Railway layout build today and discover the full story of its development today.