A BRAND-NEW limited edition of just 500 pieces have been revealed by the Bachmann Collectors Club and Locomotion Models modelling DB Cargo red liveried Class 90 90028 Sir William McAlpine for 'OO' gauge. The model launched at Model Rail Scotland on February 25 2022 and is available to buy now.

The Class 90 is one of Bachmann's latest generation models which was first released in 2019. It models the fleet of 50 locomotives which were built from 1986 to serve on the West Coast Main Line. The last was completed in 1990 by BREL Crewe and since introduction the class has been seen in service on the WCML as well as the Great Eastern and East Coast main lines. In privatisation the class has carried a number of passenger and freight liveries. 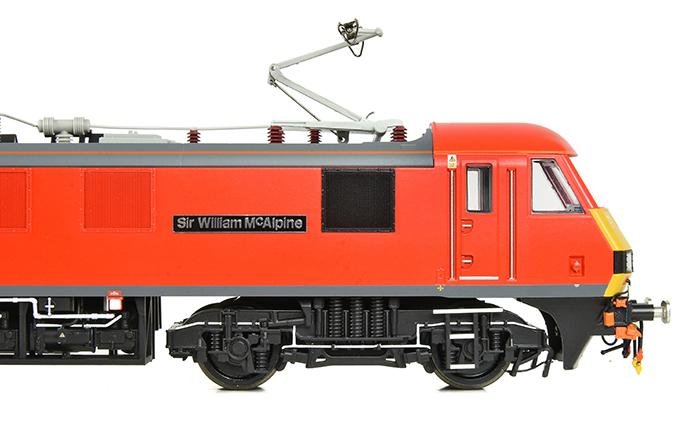 Bachmann's model of 90028 features day and night lighting modes, a DCC operated pantograph (which can be raised manually for analogue layouts), locomotive specific details including battery box styles, buffers and ETH cables plus the option to choose between DCC ready and DCC sound fitted versions. 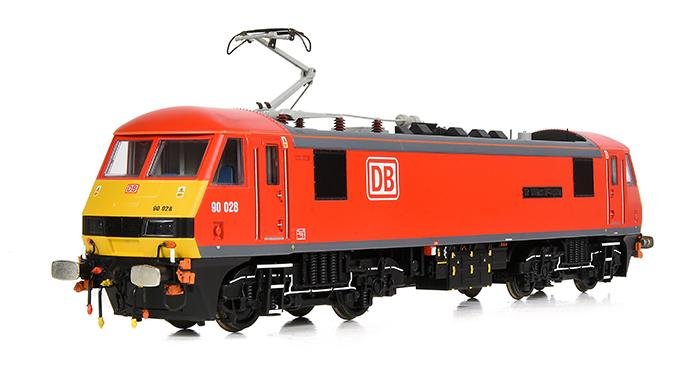 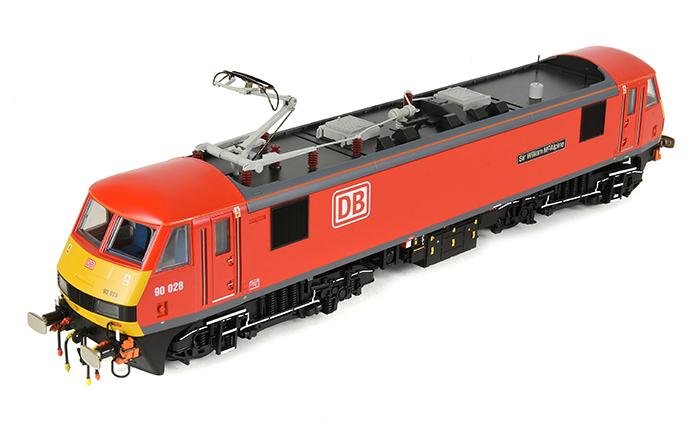