Bachmann expands its collection of rolling stock each year with all-new carriages and new liveries and colour schemes for existing models. Goods wagons are treated the same. Modellers can also expect a new collection of buildings and accessories each year in the Scenecraft collection and Bachmann continues to increase the range of products that it offers.

Rumours and anticipation surround the Bachmann’s product launches each year with railway modellers guessing as to what the UK’s biggest name in model railways will make next. An annual Bachmann Europe Model Railway Combined Volume catalogue is produced covering all Bachmann Europe product lines in one publication.

Bachmann offers a range of train sets as a starting point for newcomers to the hobby.

On the diesel front Bachmann has introduced a series of new high-profile diesel-electrics with all-new models of the English Electric Class 20, Derby Sulzer Class 24 and Brush Class 47. These join an extensive collection of existing products which model the Class 03 and Class 08 diesel shunters, Class 20/3 DRS refurbished Class 20s, Class 24/1, Class 25, Class 37, Class 40, Class 43 ‘Warship’, Class 44, 45 and 46 ‘Peaks’ plus the more modern Class 57, Class 66 and Class 70. There are also ready-to-run electric locomotives modelling the Class 85 and Class 90 for ‘OO’ gauge.

iesel Multiple Units (DMUs) are also well catered for with a particular highlighting being the Bachmann Midland Pullman six-car Diesel Electric Multiple Unit (DEMU) for ‘OO’ gauge. It is joined by examples of the first-generation Derby Lightweight two-car DMU, Class 101, Class 105 and Class 108 two-car DMUs and Class 117 three-car DMU. There are also models of second generation DMUs covering the Class 150/1, Class 150/2 and Class 158.

The Bachmann Branchline range has a number of Southern Region multiple in its roster too including models of the Class 205 (2H) two-car DEMU and electrics modelling the Class 410 4-BEP, Class 411 4-CEP, Class 414 2-HAP, Class 416 2-EPB and Class 419 MLV. All have 21-pin decoder sockets and directional lights.

A healthy collection of buildings is also available for ‘OO’ in the Bachmann Scenecraft collection modelling station, depot and street scene structures as well as figures, details, accessories and animals.

The Graham Farish ‘N’ gauge brand joined the Bachmann Europe portfolio in 2000 and since then has been expanded and enhanced with all new models, new mechanisms, DCC functionality and most recently DCC sound fitted products for 2mm:1ft scale.

The Graham Farish range comprises steam, diesel and electric locomotives and multiple units together with carriages and wagons while the ‘N’ gauge section of the Bachmann Scenecraft arm delivers ready-made cast resin buildings and structures.

All Bachmann Narrow Gauge locomotives and rolling stock are made to ‘OO’ scale – 4mm:1ft and run on 9mm gauge track – hence, ‘OO9’.

Bachmann announces new products each quarter in February, May, August and November and produces an annual Combined Volume catalogue. Full details of the new product line up from Bachmann across its ranges will be published on www.keymodelworld.com and in Hornby Magazine each quarter. 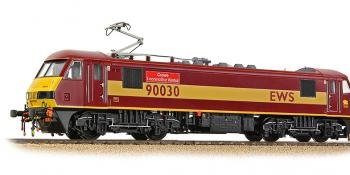 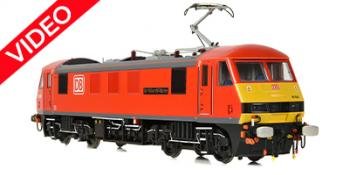 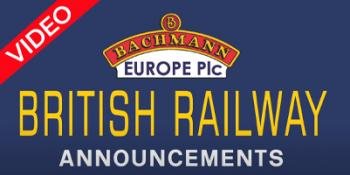 Bachmann has announced new products across its Bachmann Branchline, Graham Farish and Scenecraft ranges in 'N', 'OO' and 'O' gauges. Watch the Bachmann launch video here and read our full coverage of the exciting range of new additions. 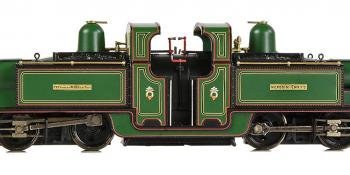 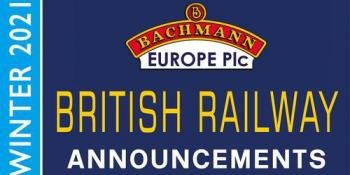 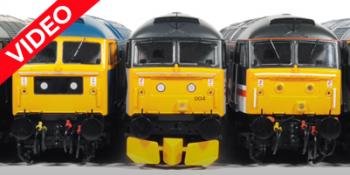 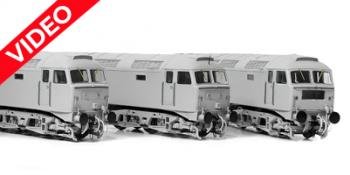 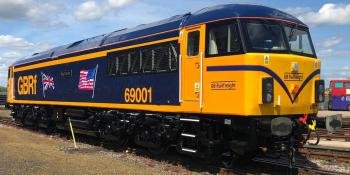 Bachmann has announced that will be producing models of the Class 69 for 'OO' and 'N' gauge in an exclusive agreement with GB Railfreight (GBRf). The Class 69s are being converted for GBRf by Progress Rail in Stoke-on-Trent using redundant Class 56s. 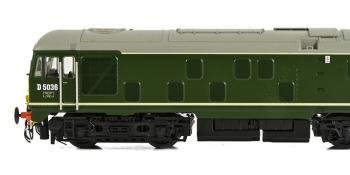 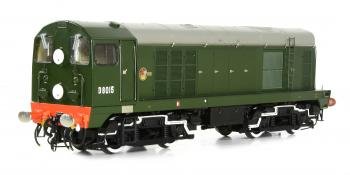 Bachmann has unveiled its Spring 2021 British Model Railway Announcements with news of an all-new BR Class 20/0 diesel for 'OO' together with tooling revisions for its 'OO' gauge GWR 'Modified Hall' 4-6-0 and a raft of new liveries on existing models across its 'OO' and 'N' gauge ranges.