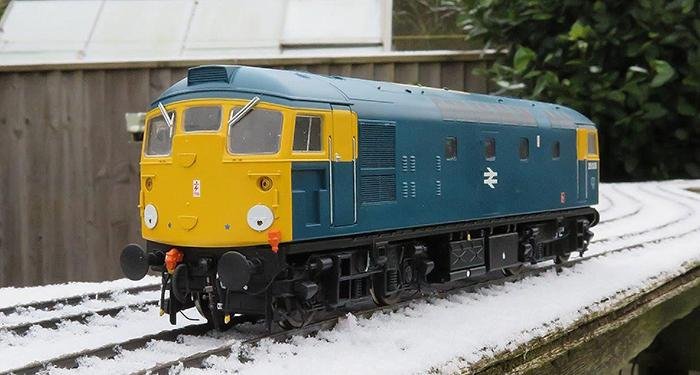 Heljan has received the first Engineering Prototype (EP) sample of its forthcoming 'O' gauge Class 26 Bo-Bo (HM162), which has also been hand-painted by Brian Daniels to provide a taste of what is to come.

This initial sample represents one of the class with headcode discs and tablet catchers, while two further body styles will be offered including examples without tablet catchers and in refurbished form without headcode discs. The models will also be offered with 'car headlights', as featured on the prototypes that worked north of Inverness to Wick, Thurso and Kyle of Lochalsh in the 1970s and 1980s.