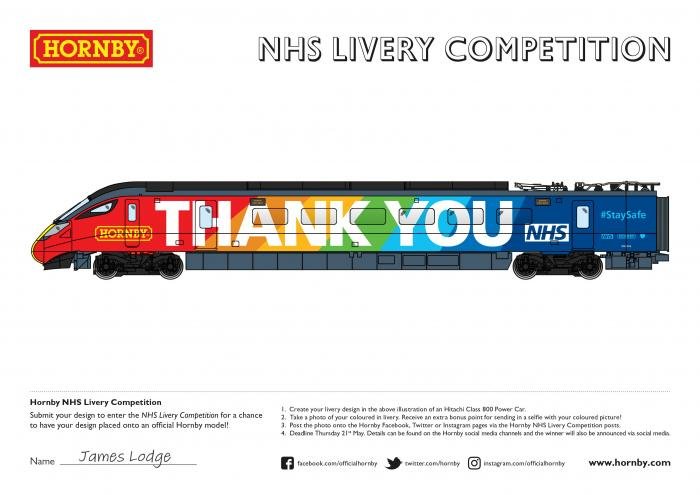 In April 2020 Hornby launched an NHS Livery Competition to raise £1,000 and raise awareness for key workers within the NHS at the time of the COVID outbreak. To enter the competition participants had to redesign the livery on a Hitachi IEP Class 800 driving car. Hornby received over 500 entries and raised £3,385 via its just giving page.

Mike Wild had the task of reducing the entries down to a single winner and that was James Lodge who designed this rainbow 'Thank You' NHS livery. The prize for coming first is his very own Hitachi IEP Class 800 Power car featuring his winning livery. 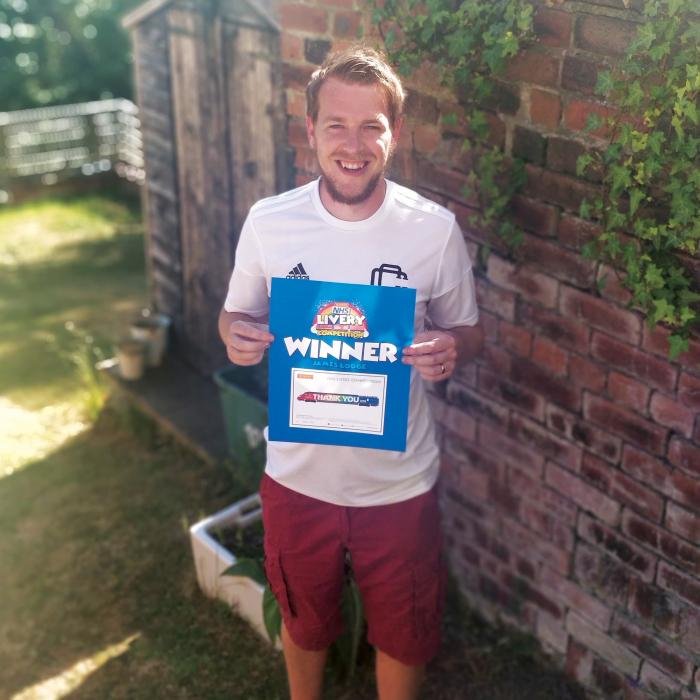 Above: James Lodge, the winner with his Rainbow themed design.

A second model has also been won by Matthew McAdam who was thrilled to be selected at random from the list of people who donated to the Hornby Just Giving page. Both winners will receive their prizes in bespoke boxes highlighting an official Hornby 'R' number and a certificate. 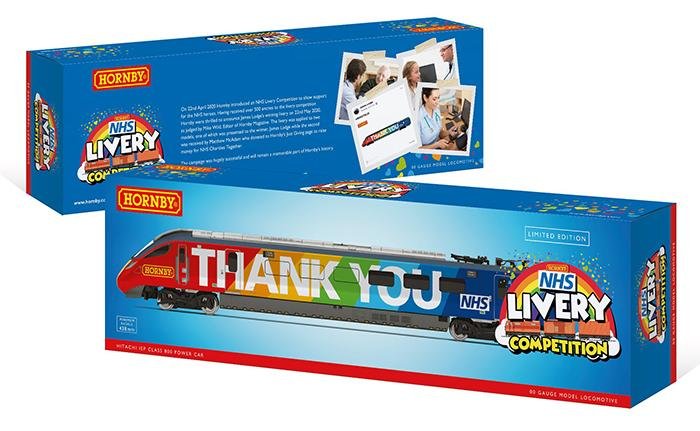