Rails of Sheffield is producing a second version of the South Eastern and Chatham Railway (SECR) 16ft covered goods wagon in partnership with Dapol. The ‘OO’ gauge ready-to-run model will follow on from the successes of its first batch of Diagram 1424 box vans by offering the earlier version in SECR and Southern Railway colour schemes. 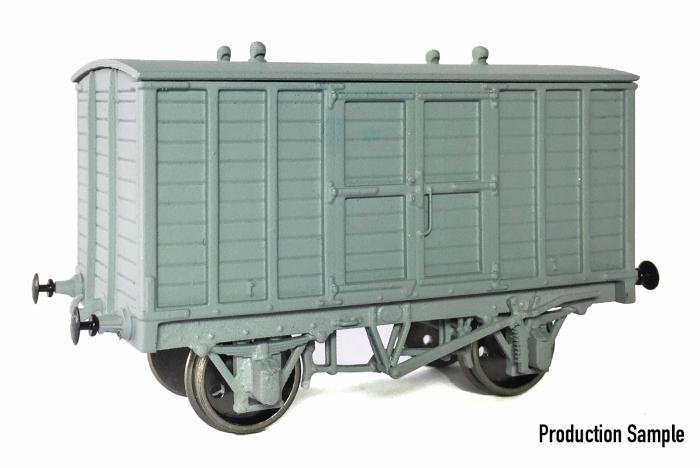 The wagons were introduced in 1904 with 110 being built over the next four years. Most were equipped with Hill’s brake gear which had brakes on one side of the wagon only together with levers to apply them on each side. Rails' model will have this type of braking system modelled together with the Eros vents.

Liveries selected cover SECR light grey as built, SECR dark grey applied from 1917 and SR brown which the vans carried between 1923 and 1936. In addition, a version will be offered with experimental pressed steel doors, only two wagons had this modification, in early SECR grey.

The Rails SECR box vans are being designed and produced solely in the UK using modern technology to allow short runs of these wagons. Prices are set at £32.99 and the full range of wagon identities can be seen at www.railsofsheffield.com.