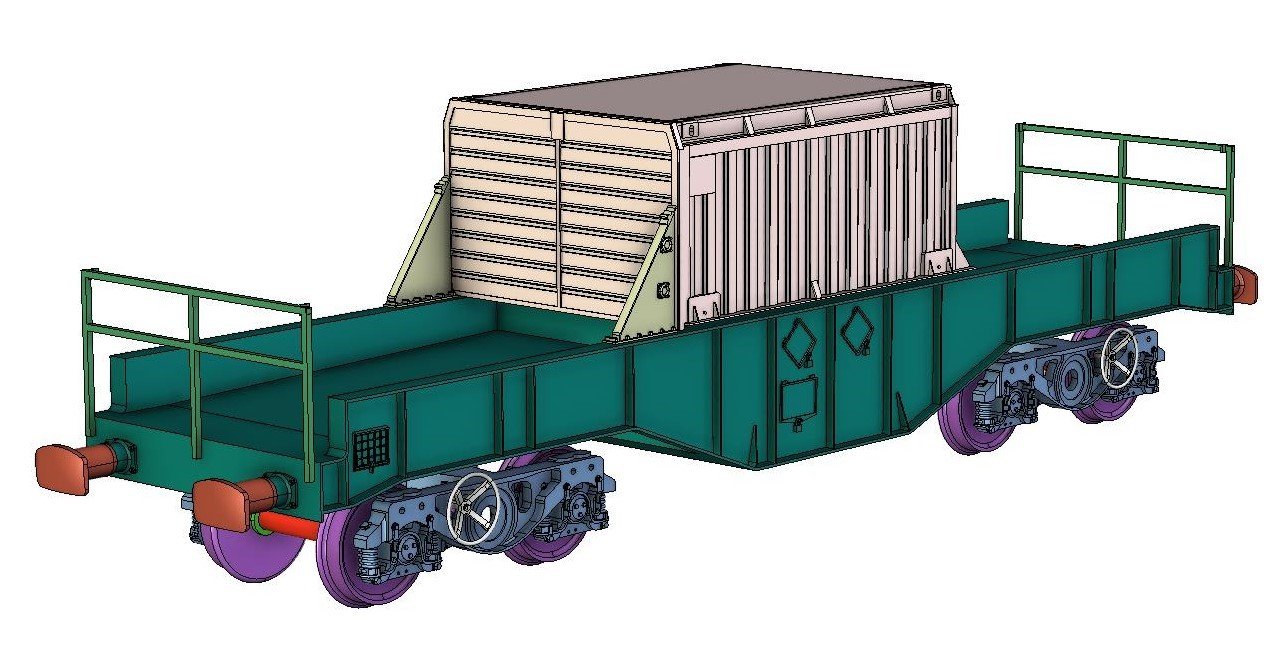 Built by WH Davis, the first of the FNA-D nuclear flask wagons entered traffic in 2014 and have since replaced older examples on spent nuclear fuel traffic from power stations to the Sellafield reprocessing plant in Cumbria. They are operated by Direct Rail Services (DRS) and are usually double-headed or top-and-tailed by the company’s locomotives.

Revolution Trains’ all-new FNA-D flask wagons are being developed from original works drawings and will appear in the prototype’s distinctive colour scheme with green body and white flask cover. They will be available with a choice of running numbers in ‘OO’ and ‘N’ and are expected to progress to tooling shortly, now that CAD work is almost complete.

Launching the new wagons at Model Rail Scotland this weekend, Revolution Trains’ Mike Hale said: “Having worked with DRS on the huge flasks used for submarine fuel, modelling their smaller brothers seemed an obvious step. While the fleet is not especially large - just over three dozen wagons – they are widely used and operate across the network.”

Prices have yet to be confirmed, but the order book is set to open shortly. Delivery is anticipated during early 2023.