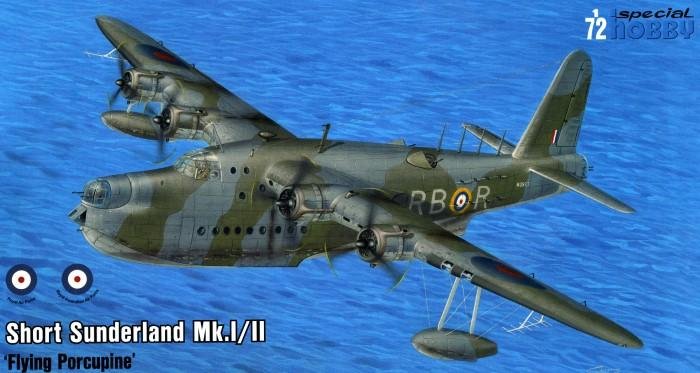 Many manufacturers aim to provide different versions of an aircraft when it comes to too designing a kit. Czech firm Special Hobby has adopted this policy with its impressive, if challenging, 1/72 Sunderland by releasing a new Mk.I/II boxing.

It shares most of the generic styrene parts as the Mk.V, but also has new items in cast and 3D-printed resin, and new decals. This kit, SH72438, allows the modeller to build the Sunderland with the particular traits of the Mk.I/II, such as twin Vickers ‘K’ gun blisters on top of the fuselage, and the option instead of a more prominent upper fuselage turret.

For a review of Special Hobby’s 1/72 Sunderland Mk.V, see here 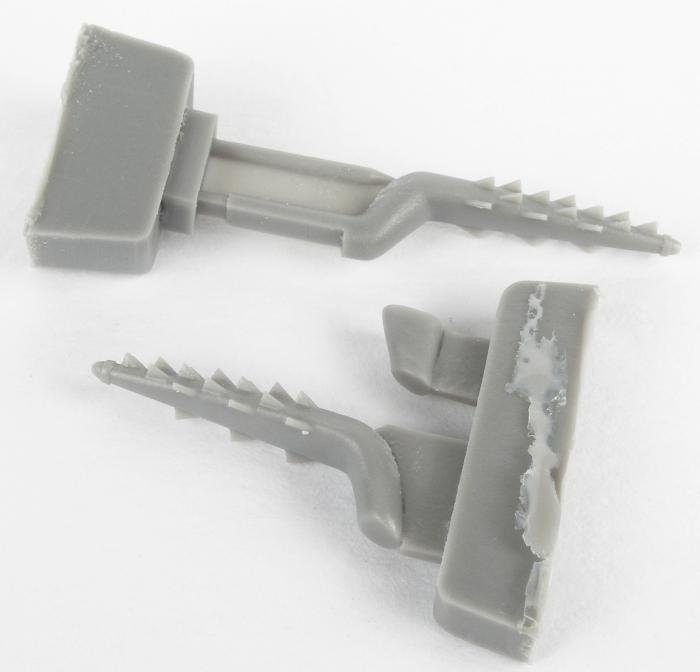 There is also a full array of Yagi aerials for the ASV Mk.II radar system, and amended fuselage hatches for the traversing bomb racks (the former having three windows instead of two on the Mk.V).

Resin has been used to provide the cast ‘hedgehog’ exhausts, and a 3D-printed resin approach ensures delicate bare propeller boss parts (which are relevant for two of the schemes, rather than traditional spinners also supplied). The colour schemes for this ‘Flying Porcupine’ themed release number four in total. All from World War Two, three of these have low camouflage demarcations on the fuselage sides, and the actual shades differ too. The liveries are: 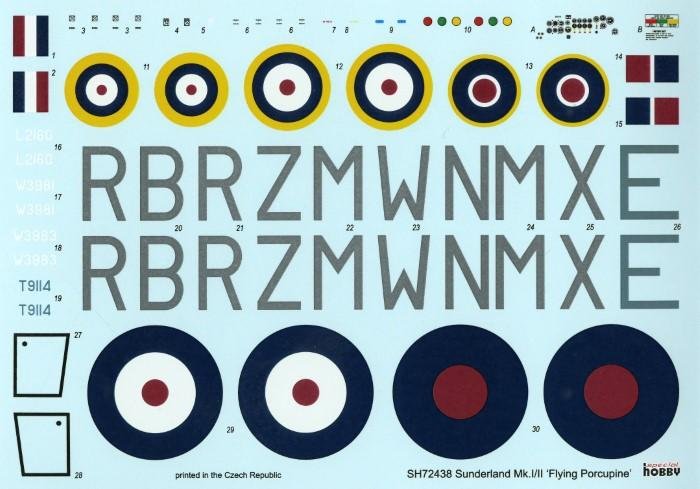 This boxing provides more variety in structural details and liveries for fans of the Sunderland and/or waterborne aircraft in general. The fit is challenging in places, due to the amount of interior features and number of bulkheads, but experienced modellers will be more than capable of coping with this. The kit costs 51.10 € direct from Special Hobby: www.specialhobby.eu, but it is also available via Hannants in the UK (www.hannants.co.uk) 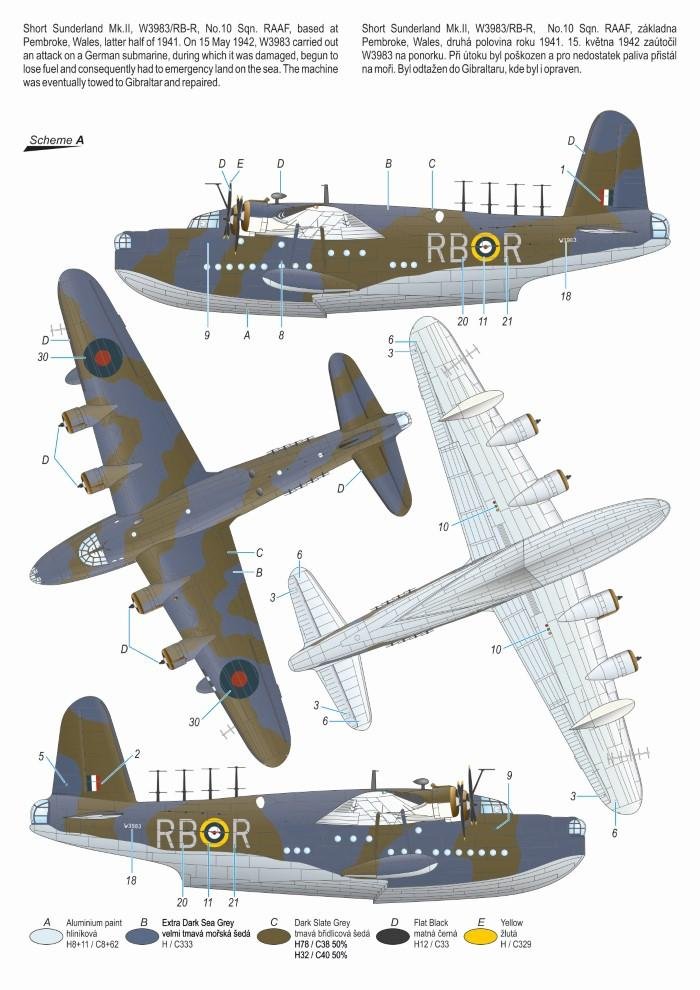 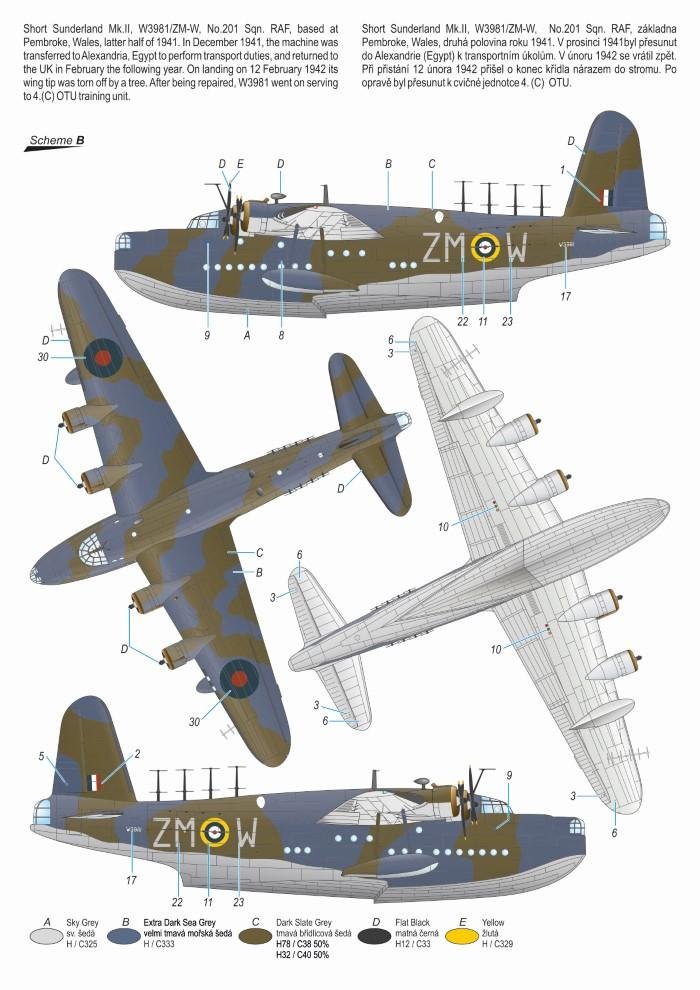 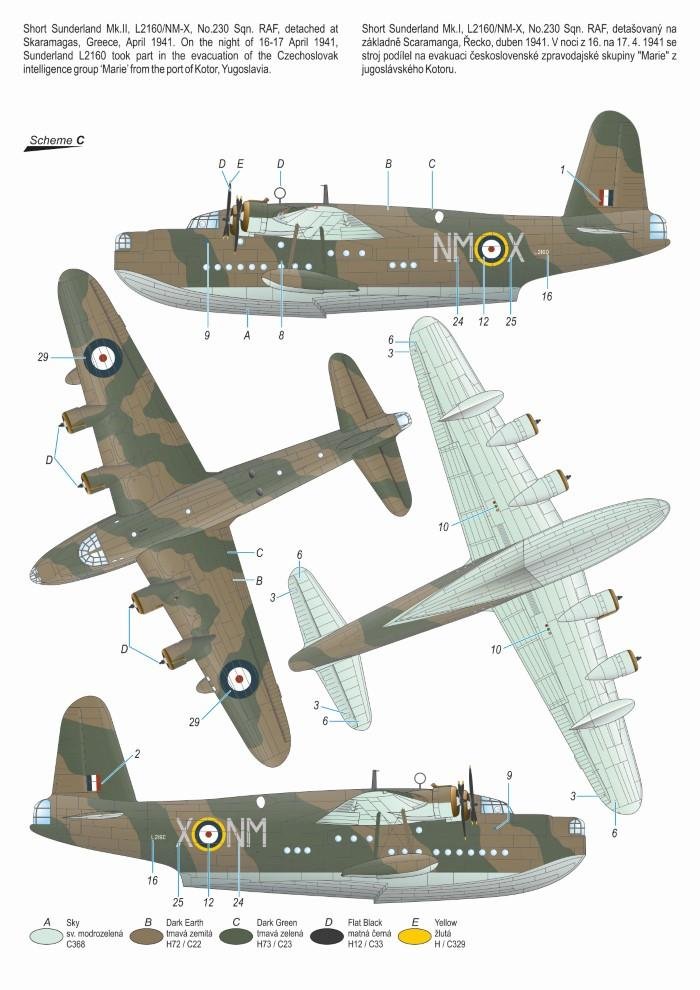 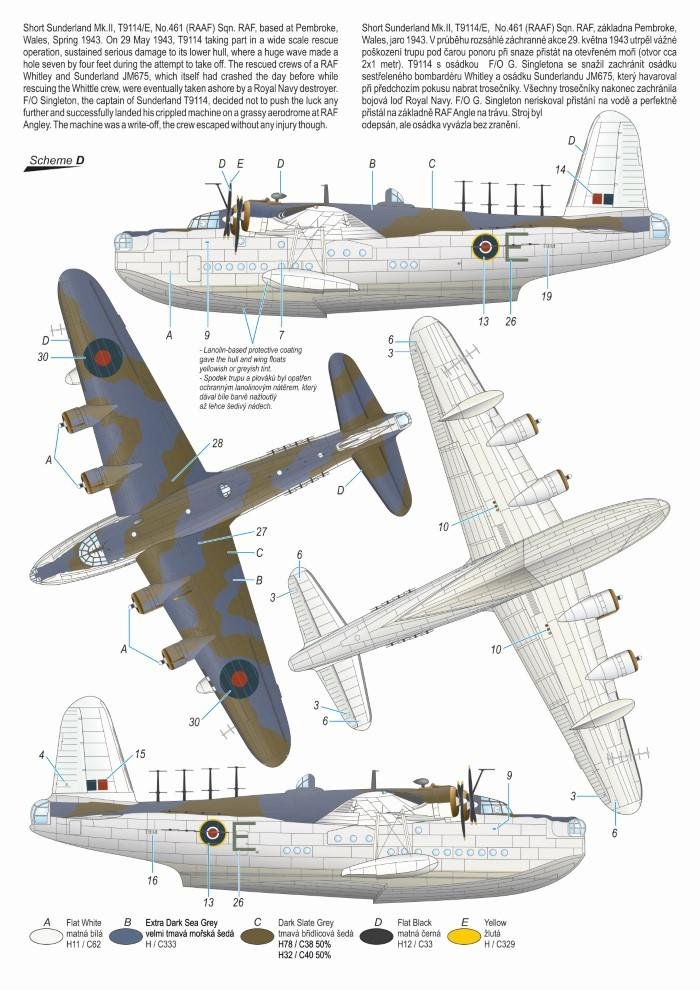