Highlights of the specification include a Next18 decoder socket on a pull-out Printed Circuit Board (PCB) mounted in the smokebox, tool free sound installation, a 30:1 gear ratio for realistic slow speed and maximum speed, five-pole motor, compensated die-cast chassis with pick ups on all driving wheels, full profile cylinders and firebox glow. The model has also been designed to operate on second radius curves.

Dapol has also highlighted the removable cab and coal load for access to the cab interior for installation of a crew. Further features including different bunker profiles, locomotives with and without cabside shutters and liveries spanning the classes full service career. 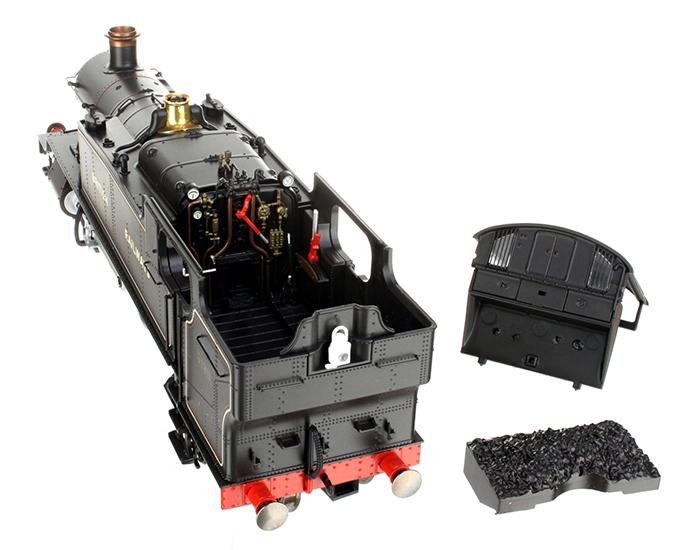 Prices start from £139.95 for DCC ready versions rising to £165.95 for DCC fitted models and £285.95 for DCC sound fitted versions. All locomotives are available in each format.

Dapol has also confirmed that its tooling suite for the 'Large Prairie' will allow future production runs to cover the '31XX', '51XX' and '81XX' series locomotives.